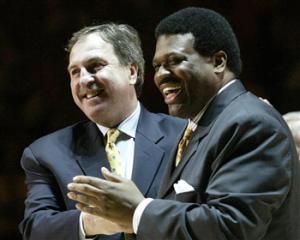 In this Feb. 13, 2007 file photo, former Tennessee basketball players Bernard King, right, and Ernie Grunfeld, laugh during a ceremony to retire King's #53 jersey during halftime of the Tennessee-Kentucky game in Knoxville, Tenn. In an ESPN "30 For 30" documentary airing Tuesday, Nov. 5, 2013, about the friendship between King and Grunfeld, King publicly discusses for the first time incidents of racism he says he encountered while in college. Photo Credit: The Associated Press, Wade Payne.

Bernard King says he dealt with racism off the basketball court that included clashes with police while starring for the Univerify of Tennessee in the 1970s.

In an ESPN "30 for 30" documentary airing Tuesday, King said that former Volunteers coach Ray Mears warned him that he'd heard some local officers would "do anything to get him."

King, the first former Tennessee player inducted into the Basketball Hall of Fame, cites one incident in which he says an officer hit him in the head with the butt of his gun while responding to a loitering report. The documentary, titled "Bernie and Ernie," focuses on the friendship of King and former Tennessee teammate Ernie Grunfeld.

King played for Tennessee from 1974-77 after arriving from Fort Hamilton High School in Brooklyn, N.Y. He said he had never talked about the racism he encountered during his college years with anyone but his family before discussing the issue in the film.

"The basic reason is relatively simple," King said in a telephone interview. "I'm 56 years old. I've never talked about anything that was private. Everything was always related to the game and my impact on the game of basketball and what I thought about that. I never revealed anything from the private side. I just felt compelled at this time in my life to talk about those things because for many years you carry that around. It was very important for me to share that." 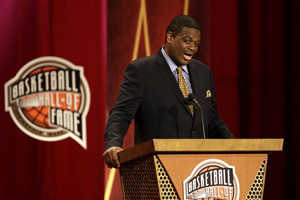 The 14-year NBA veteran, who now lives in Atlanta, stressed that he has "no bitterness whatsoever" toward his alma mater.

Tennessee honored King in a 2007 ceremony in which he became the first men's basketball player to have his jersey retired by the school. King said that represented the first time he'd been back on campus in 30 years. He came back to Tennessee the following year when the Vols held a similar ceremony for Grunfeld.

King has since returned to Knoxville to attend "a number of games," to fulfill some business obligations and to have meals with former Vols coach Bruce Pearl.

King also said he spoke with current Tennessee coach Cuonzo Martin a few weeks ago and hopes to get together with him soon.

"I think it's great," Martin said. "You're talking about a legendary guy. Not only just that he's a Hall of Fame basketball player, a great basketball player, but he's a guy who's done it at a high level at this university. So now these guys can identify one of the greatest that ever played the game, he actually played at the school that I attend. ... He's a guy who scored, he played with a level of toughness, he played injured, he competed at a high level. 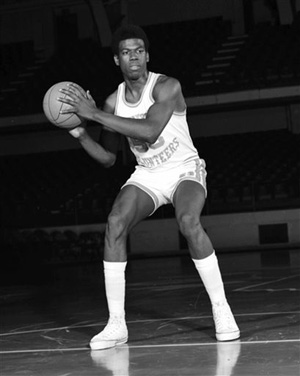 "He's one of those guys who's been through it all. You can learn from him as a basketball player, even as a coach."

King said he has noticed how much Knoxville had changed since the years that he played for Tennessee. He sees far more diversity. The passage of time has helped him make his peace with the community.

King was a three-time Southeastern Conference player of the year and an All-American at Tennessee. He had 25.8 points and 13.2 rebounds per game at Tennessee and is the only Vol to average a double-double for his career. He continues to own the school's single-season scoring record with 26.4 points per game in 1974-75.