Is Gov. Christie Ready To Support the Dream Act? 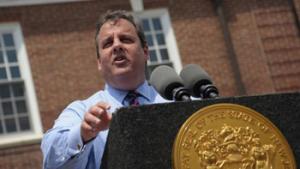 Gov. Chris Christie in a recent speech seems to indicate he may be willing to support the Dream Act by passing legislation that will ensure tuition equality for everyone. Photo Credit: latino.foxnews.com

Supporters of "Dream Act"-style legislation for New Jersey are applauding a recent speech by Gov. Chris Christie in which he said he supports tuition equality "for everybody in New Jersey."

The Latino Leadership Alliance of New Jersey and several of the state's largest immigrant rights groups are taking Christie's comments to mean he's softened his opposition on allowing immigrants brought to the U.S. illegally as children to pay in-state tuition rates in New Jersey. The alliance released a video of a keynote speech Christie delivered Saturday at the group's annual gala, purporting to show his support for the idea.

"We need to get to work in the state legislature on things, like making sure that there's tuition equality for everybody in New Jersey," Christie says in the video, to loud applause.

A Christie spokesman did not respond Tuesday to a request for clarification on his comments.

Christie has opposed the federal Dream Act and had pledged to veto its state equivalent. He has said that only lawful taxpayers deserve a tuition break because they help subsidize in-state institutions. 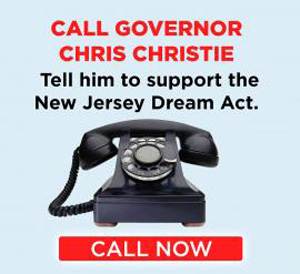 Both Christie and his Democratic opponent, Barbara Buono, have been courting Latino voters and in-state tuition is a major issue. Christie has opened a campaign office in the heavily Hispanic city of Paterson and produced a Spanish-language television commercial before the June primary. Buono has supported in-state tuition legislation and has named a Hispanic running mate.

Wooing Hispanic voters may go beyond the governor's race for Christie, as he could be looking to boost his chances in a 2016 presidential primary in a party that has come under fire for alienating Latino and other minority voters.

Christie emphasized during his remarks on Saturday that Congress needed to get back to work on many issues, including fixing the nation's immigration system. Christie called it "a disgrace" that immigration hasn't been fixed already.

He also told the crowd that politicians would be promising Latino voters a lot in the weeks leading up to the Nov. 5 election, adding that candidates should be "held to account for our deeds, not just our words." Christie urged voters to make politicians follow through on their campaign promises, adding; "Too many promises to this community have been broken."