WNBA Leads Professional Sports in Hiring Based on Race and Gender 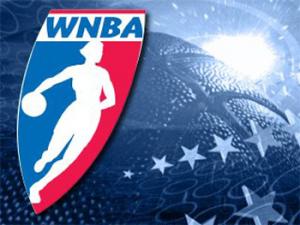 A study released Wednesday by the University of Central Florida's Institute for Diversity and Ethics in Sport shows that the WNBA continues to be the leader among professional sports leagues for race and gender hiring practices.

For the second straight year the WNBA posted the highest combined grade in the history of the group's annual Racial and Gender Report Cards, which conduct analysis of the racial breakdown of the players and management in the league office and at the team level. It also looks at team general managers, coaching staffs and other support personnel.

In 10 reports the group has done on the WNBA dating back to 2001, it has received at least A-grades for its overall race, gender and combined grades.

Primary study author Richard Lapchick praised the league "continues to set the standard "among its professional sports peers, but noted that it is still without a high number of women in ownership positions. That number decreased by one down to nine in 2013, and most are limited partners.

An African-American owned investment company, The Williams Group, holds a majority ownership interest in the Los Angeles Sparks. But there continued to be no individual people of color who were majority owners during the 2013 season.

"Not that the men's leagues are great but the NBA, NFL and (Major League Baseball) all have a person of color who is a majority owner," Lapchick said.

There were some increases in hiring for people of color in top management at the team level, however, accounting for three of the five people holding CEO or president positions this year.

The number of African-American head coaches dropped from four to three in 2013, but of the league's 12 head coaches, five were women for the second consecutive year. The 67 percent of women holding assistant coaching positions this year was a WNBA record, surpassing the mark it set last year.

"The large percentage of women as assistant coaches helps assure that the pipeline to head coaching spots in the WNBA will be strong," Lapchick said. "As the most diverse pipeline in pro sport, other leagues could learn from the WNBA here also."

Tide Sport - The Institute for Diversity and Ethics in Sport