Arizona Sheriff Gets Monitor Because of Racial Profiling Practices 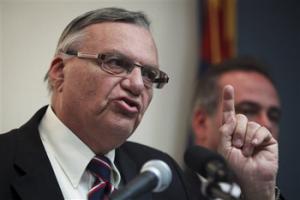 A federal judge on Wednesday ordered the appointment of an independent monitor and a community advisory board to ensure that an Arizona sheriff is complying with constitutional requirements after finding his office engages in racial profiling.

It was the first finding by a court that the agency covering Arizona's most populous county engages in racial profiling after a small group of Latinos sued the sheriff's office for violating their constitutional rights, saying they were being detained simply because of their race. Snow had delayed ordering remedies in the case to allow time for both parties to reach agreements, but disputes over key issues prevented consensus.

In his ruling Wednesday, Snow ordered that a monitor be appointed to oversee the agency's re-training of deputies and ensure the office is complying with constitutional requirements. Snow also ordered the creation of a community advisory board aimed at helping restore the public's confidence, among other remedies.

"In conducting its activities, MCSO shall ensure that members of the public receive equal protection of the law, without discriminating based on actual or perceived race or ethnicity, and in a manner that promotes public confidence," Snow wrote.

The American Civil Liberties Union, which is working on behalf of the plaintiffs, hailed the ruling as a victory. "Today's order is really going to put some sunlight into the corners of the MCSO that have been such a problem in terms of people's civil rights. It's a great day," said ACLU lawyer Cecillia Wang.

Arpaio's office had vehemently opposed the appointment of a monitor, arguing it would mean every one of his policy decisions would have to be cleared through the observer and would nullify his authority. "I have received a copy of the court order and I am in the process of discussing it with our attorneys," Arpaio said in a statement. "We are identifying areas that are ripe for appeal. To be clear, the appointed monitor will have no veto authority over my duties or operations. "

Arpaio's lawyer, Tim Casey, said he was still reviewing the 59-page order, but noted he was "pleased with its very moderate sensible tone. The sheriff is still in exclusive charge of the MCSO," Casey said, adding their concern all along was that the monitor would have too much authority. "The monitor cannot tell us what to do or not to do," Casey said, referring to the monitor's role in the ruling as overseeing training and procedures, among other things. "The court will make the ultimate decision on whether or not the MCSO is in compliance with its order, and we're very pleased with that." 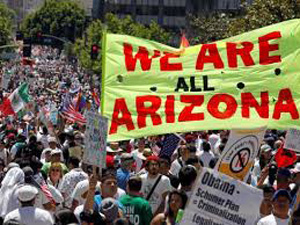 The judge's order also mandates that the sheriff's office install audio and video recording devices in patrol vehicles and requires deputies to notify dispatch of the reason they are making a traffic stop prior to contacting the vehicle's driver "unless exigent circumstances make it unsafe or impracticable."

Arpaio's attorneys had resisted the latter, telling the judge such an added measure would be burdensome and risky for deputies. "That's an area that we remain concerned about," Casey said Wednesday. However, he added, the "exigent circumstances exception might help solve that problem."

Snow's ruling doesn't altogether bar Arpaio, 81, from enforcing the state's immigration laws, but it does impose a long list of restrictions on the sheriff's patrols, some of which focused heavily on Latino areas in the county.

The ruling prohibited the selection of "particular communities, locations or geographic areas for targeted traffic enforcement based to any degree on the racial or ethnic composition of the community."

The order also prohibits using race as a factor in deciding whether to stop a vehicle with a Latino occupant or detaining Latino passengers only on the suspicion that they're in the country illegally.

The U.S. Justice Department filed a similar lawsuit last year that also alleges racial profiling by Arpaio's office. Its suit, however, claims broader civil rights violations, such as allegations that Arpaio's agency retaliates against its critics and punishes Latino jail inmates with limited English skills for speaking Spanish. Arpaio has denied the claims.