Anthony Burns and Freedom from Slavery 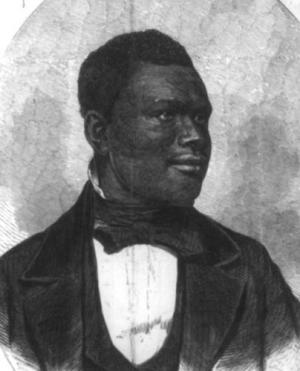 Anthony Burns, less well-known, played just as important a role in ending slavery, but who has been forgotten by history. Photo Credit: virginiamemory.com

Anthony Burns, an African-American hero who fought for freedom and against slavery, ever hear of him?

Today, many people know the names of Civil War-era African-Americans who helped bring about the end of slavery, such as Frederick Douglass and Harriet Tubman. Less well-known are those whose bravery played just as important a role in ending slavery, but who have been forgotten by history. Anthony Burns was one of those men.

Anthony Burns was born into slavery in 1834 in Stafford County, Virginia. As a slave under his master, Charles Suttle, Burns had it better than most. He learned to read and write, became a preacher, and was allowed to hire himself out for additional work, as long as he paid his master a fee. Still, Burns was not content. "There [was] a Christ who came to make us free," he repeatedly said, and as long as he and others of his race were in chains he could not be content.

In 1854 his chance came for freedom. While working in Richmond he found a ship headed for Boston. He boarded it, and arrived in Boston a free man.

Unfortunately, he was also a fugitive. He sent a letter to his brother, but Suttle intercepted it. Thanks to the new Fugitive Slave Law – part of the Compromise of 1850 – Massachusetts was legally obligated to return Burns to Suttle. Suttle went to Boston, and Burns was arrested in May, 1854, so that Suttle could get back his "property". 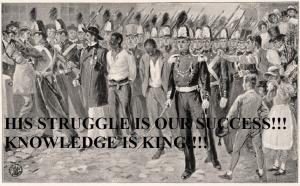 However, word of Burns' arrest quickly spread. Boston was a hotbed of anti-slavery sentiment, and the idea that they were being forced to return Burns because of the Fugitive Slave Law was abhorrent to Bostonians. A mob stormed the prison where Burns was being held, but they were beaten back. In court, a judge ruled that under the law Burns must be returned to Virginia. President Franklin Pierce, a staunch friend of the South, sent federal troops to Boston to keep the peace and provided a government ship to take Burns to Virginia. A sullen crowd of 50,000 people lined the streets of Boston as Burns was taken to the waiting ship.

However, the Burns case received so much attention in New England that it turned thousands of people who had been neutral on slavery into firm anti-slavery advocates. Within a few weeks the entire region was seething with rabid anti-slavery feeling, and this feeling only strengthened over the years and helped lead to the Civil War and the end of slavery.

And Anthony Burns? By simply desiring what all men desired – freedom – and standing up for that right with simple dignity he became a model and a hero for blacks and whites everywhere. Within a year money had been raised to buy his freedom, and he returned to Boston a free man.