Oliver Cromwell - The Irony Of History 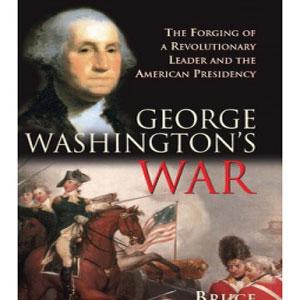 The written history of George Washington does not include the historic figure of Oliver Cromwell, despite his contributions to the Revolutionary War. Photo Credit: scribd.com

History is full of irony, but perhaps nothing is more ironic than this simple fact: African-Americans would have fared better in the short term had the American colonies lost the Revolutionary War – the same war that many blacks served in with distinction to win freedom for whites.

These pages, previously listed African-Americans in the American Revolution but later ignored them despite their contributions to the cause of freedom – a cause, ironically, that ultimately did not include them. To this list, we must add the name of Oliver Cromwell.

Cromwell was one of the American soldiers who helped row Washington across the ice-choked Delaware River on Christmas Eve so he could surprise the Hessians at Trenton. However, you will search in vain for Cromwell in the famous painting of the crossing because at the time of the painting, it was considered bad taste to show African-Americans. Cromwell went on to fight the British at Princeton, Brandywine, Monmouth, and Short Hills. Supposedly, he saw the last man killed at Yorktown, the final battle of the war. Cromwell's discharge, signed by none other than George Washington, who wrote, "he was entitled to wear the badges of honor by reason of his honorable services."

Yet despite the service of Cromwell and many other blacks, when it came time to write the new American constitution in 1787, slavery remained in the "land of the free."

However – and here's the irony – the British abolished the slave trade throughout their empire just a few years later, in 1807. Thus, if the American colonies had remained a part of the British Empire, all African-Americans would have been freed. Instead, as we know, blacks had to wait more than another 50 years for their freedom.

Photo Caption: The written history of George Washington does not include the historic figure of Oliver Cromwell, despite his contributions to the Revolutionary War. Photo Credit: scribd.com