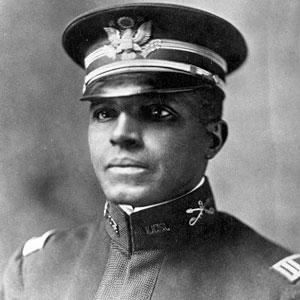 Lieutenant Colonel Charles Young, an African American soldier who gave his all for his country. Photo Credit: parkadvocate.org

Few men ever served their country so brilliantly, but denied their just rewards because of prejudice, than Charles Young.

The early 20th century was a bad time to be a black person in America. Jim Crow prejudice was riding high. It took either incredible luck or extraordinary skill for an African-American to be recognized for his/her achievements. Unfortunately, Young had neither of those.

He was born on March 12, 1864 in a tiny hamlet in Kentucky. From those humble roots, Young rose to become only the third African-American to graduate from the U.S. Military Academy in 1889. For almost the next 30 years, Young served the military in many capacities, including that as one of the famed “Buffalo Soldiers.” He was a writer, professor, combat soldier, and intelligence officer, never failing to serve with distinction.

In 1916, Young accompanied John Pershing on his probe into Mexico to find Pancho Villa. Young was credited with saving the 13th Cavalry, who were fighting desperately not to be overrun. “My God, Young,” exclaimed an officer after Young’s black troops had arrived, “I could kiss every black face out there!” “If you want to,” Young replied, “You may start with me.”

For his heroism, Young was promoted to Lieutenant Colonel. He was the highest-ranking black officer in the U.S. Army. With the outbreak of World War I, Young likely could look forward to being promoted to general and probably to leading the American forces in Europe.

This was too much for whites to bear in Jim Crow America. A flood of letters reached the Secretary of War and others that it would be “distasteful” to serve under a black commander. Officially, the Army did nothing, but unofficially the wheels of prejudice turned, so when Young took his Army physical, they declared him unfit for duty because of high blood pressure, and retired from active duty.

In desperation, Young bombarded military officials with letters begging for re-instatement. When nothing worked, in June 1918, he mounted his horse in Wilberforce, Ohio, and rode 500 miles – all on horseback – to Washington D.C. to show that he was indeed fit for duty.

Although reinstated, Young received only a minor post in Illinois, and he would never achieve his cherished dream of leading men into combat in France.

Young died in 1922 while on duty in Africa. So ended the life of the man who signed his photos, “Yours for Race and Country, Charles Young.”