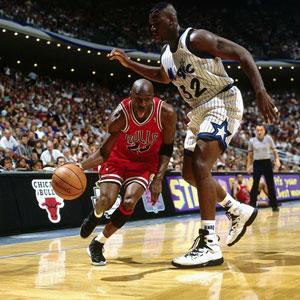 A new study shows that APSE continues to rate low grades in diversity and gender when it comes to hiring sports writers. Photo Credit: sacm.me

ORLANDO, Fla. (AP) - The number of sports editors that are women and people of color showed some improvement at the 150 websites and newspapers that belong to Associated Press Sports Editors, according to a study released Friday.

Still, the report released every two years by the University of Central Florida's Institute for Diversity and Ethics in Sports again gave the members of APSE a failing grade for their gender hiring practices.

The report gave those outlets a C-plus, the same as in 2010, for racial hires and a third consecutive F for gender hires in jobs including sports editor, columnist, reporter, and copy editor.

This is the fourth report that's been done on APSE since 2006.

Overall, it said, sports departments continue to be led mostly by white men.

The number of white male sports editors has also fallen slightly, dropping from 90.6 in 2010 to 83.2 in 2012. At the same time, there was an increase in opportunities for people of color as sports editors, rising from 3.1 to 9.1 percent.

The first Latina sports editor was reported in this year's study at ESPN. But overall, 90.4 percent of sports editors were men in 2012, along with 88.3 percent of reporters and 90.2 percent of columnists.

"This is happening of course at a time where the number of people working at newspapers has been dramatically decreasing. But nonetheless the numbers have consistently stayed low," said primary study author Richard Lapchick. "The good news is APSE continues to want to do this and open itself up to the public. They have long way to go in this area. But the fact that they asked for this report is a sign they want to bring about change."

APSE president Gerry Ahern said that as a whole the organization is being proactive to improve its overall numbers. He highlighted APSE's Diversity Fellowship Program started last year for mid-career journalists, as well as the Scripps Howard Day of Diversity at Hampton University and Sports Journalism Institute, which is the top internship program for sports in the country.

In the past year, APSE has also held the first joint conference with the Association for Women in Sports media.

"Clearly there remains much work to be done," Ahern said. "Our commitment to improving diversity has not wavered....Progress will come if we remain steadfast."