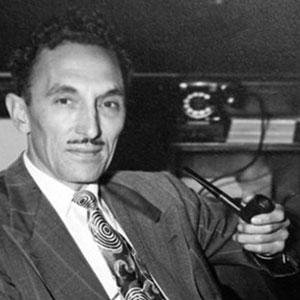 George I. Sanchez, a Latino scholar credited with helping bring attention to the plight of poor Mexican-Americans in the 1930s, as well as school inequality, racial attitudes, and segregation. Photo Credit: nbclatino.com

ALBUQUERQUE, N.M. (AP) - A group of retired educators are working to honor a Mexican-American scholar who is celebrated across the country but is virtually unknown in New Mexico, where he was born.

An ad hoc committee is pushing a series of projects aimed at honoring the late-George I. Sanchez, a scholar credited with helping bring attention to the plight of poor Mexican-Americans in the 1930s. Those projects include naming a street and building after Sanchez, said Luisa Duran, a retired University of New Mexico bilingual education professor.

In addition, New Mexico state lawmakers are scheduled Tuesday to read a memorial about the pioneer scholar's contributions to Latino education.

For the Sanchez family, it's a stunning reversal of his legacy in a state where lawmakers once denounced him and forced him to leave because of his then-radical views on desegregation, said granddaughter Cindy Kennedy, 49, a Santa Fe teacher. "I think it's fantastic," Kennedy said. "It's about time he's being honored here nearly 40 years after his death."

Duran said the committee is working on more ideas to honor Sanchez, who wrote the 1940 classic book "Forgotten People" about Mexican-Americans in Taos. The group of educators formed the committee after reading a story by The Associated Press last year that Sanchez was relatively unknown in his birth state and in Albuquerque, an area he worked as a young school teacher.

"It's important that we remember him because he was so important," said Duran, 71. "He was actually writing about the town where I'm from and was probably talking about my parents."

A dozen or so schools in Texas and California are named in honor of Sanchez - including the School of Education building at the University of Texas where he taught for many years - but not a single school in New Mexico bears his name. Few New Mexico educators or activists know much about him, according to historians and educators. No plaque exists to show his birthplace or the school where Sanchez taught. He is not listed among the state's notable figures in New Mexico Centennial guidebooks.

A son of an Arizona miner, Albuquerque-born Sanchez worked his way out of poverty as a rural public school teacher in New Mexico to become a pioneer scholar and education activist. Sanchez developed his theories on school inequalities using New Mexico's Hispanic and Navajo populations as examples. He argued that bilingual students were discriminated against by monolingual school systems. He testified in landmark court cases about the negative effects of segregation, and IQ testing on Hispanic, American Indian, and black children.

But Sanchez clashed with the state's governor for pushing a state equalization funding formula for schools and came under fire from some lawmakers for helping with a University of New Mexico professor's survey on racial attitudes in schools.

Kennedy said her grandfather never sought much recognition while he was alive.