Pearl Harbor: A Personal History Of Triumph And Success 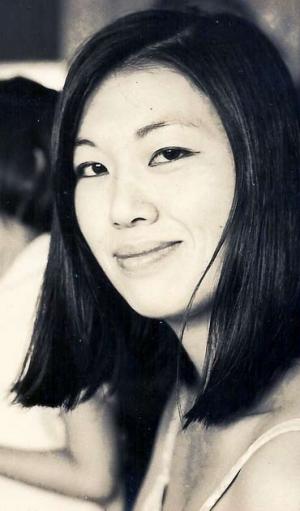 Although picking coffee beans on her family’s Hawaiian farm was what Sumiko did each day as a child, she dreamt that one day she would design beautiful clothes. But she had no idea how much her culture would influence each exotic hue and stitch that make her designs so unique.

In the small sleepy town of Kona, most folks were farmers and business owners who worked hard and lived simple lives. It was like a picturesque postcard where palm trees swayed gracefully, much like the tropical waves on beaches, and the grass covered mountains behind her farmhouse.

Yet, no one escaped the dark new mood that overtook the islands after Japan attacked Pearl Harbor. Nor could anyone predict the precarious period and extreme racial discrimination that lay ahead for Japanese-Americans. As Sumiko watched her brothers show unwavering allegiance to this country by enlisting in the war, the women in her family kept the family farm and homestead secure for the return of her now strong-soldiered brothers.

However, despair did not fill their daily life; the women of this Hawaiian town kept themselves in good spirits. Rather than sitting around during the war, they went to the movies at the local theater five nights a week. For Sumiko, these movies changed her life. The clothing she saw on the silver screen inspired Sumiko, and her life’s aspirations appeared golden, and the possibilities limitless.

At first, she only gazed with amazement as she watched actresses donning glamorous dresses made by the costumers. She admired some actresses like Gene Tierney for their beauty, and still others like Bette Davis for their acting ability. But what riveted her to the screen were the classic clothes of the 1930s and 40s era they all adorned.

One might think that a farm girl growing up during wartime would assume that dresses made from chiffon, drapes of silk and hand-beaded with sequins, belonged exclusively to the world of Hollywood, only to be adored, but never adorned by her.

Perhaps, Sumiko, born into a family with a strong work ethic, a family that sustained a prosperous farm during wartime, had two young men return home from war as decorated soldiers, and suffered racial prejudice made her think that any dream was possible. And that dream happened when she “arrived” in Hollywood as a successful fashion designer.

She started by sewing dresses from fabrics her mother collected. In her teens, her mother brought her to a local seamstress who made Sumiko’s designs come to life from the sketches she drew. She left the family farm to attend college, and met her husband who was a budding artist from Los Angeles. After graduating, they married and moved to Los Angeles, where they had four children.

Sumiko taught elementary school while her husband began his career as a successful artist. Some of his influences included colors expressed in Japanese prints and fabrics found in kimonos, scrolls, and obis. She also recognized the beauty of kimonos and started designing clothing so unique that she soon realized that both a store and a star were about to be born.

One of her favorite outfits, a silk blouse, and pair of matching pants that she made from her mother’s wedding kimono was featured in newspapers. No one had seen the likes of these designs before, and each piece was as unique as each kimono.

In the 1960s, Los Angeles underwent a renaissance not realized since the golden age of Hollywood. Sumiko and her husband found a space in West Hollywood. This soon become an art space in and of itself with a sculpted life size replica of a Rolls Royce that Sumiko’s husband fashioned from sheets of stainless steel and placed in the middle of the store.

Two of Sumiko’s most famous dresses included one made from red bicycle reflectors, and the other was a wedding dress made from “rice paper.” She clearly has a sense of humor.

If it is not yet clear, this story is about the successes my parents found both during and after the attack on Pearl Harbor.

One of my earliest childhood memories is when I cut off about a hundred handmade flowers that my mother sewed for a wedding dress. Since she was as kind as she was talented, she didn’t get mad, but simply re-sewed the dress a week later. She then patiently taught me how to sew silk roses by myself. 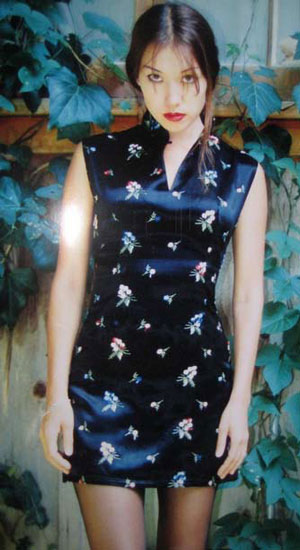 Her clothing designs quickly became a hit with the hip and hot from Hollywood, as well the Rock and Roll circle. Some of her early celebrity clients included Diana Ross, Jane Fonda, Cher, Harrison Ford, and Raquel Welch.

For the Los Angeles Times, writer Julie Byrne wrote this about my mother, “The Lewis Carol aura seeps over from shop decor to fashion design while, so far Sumiko hasn’t made a dress of ships, or ceiling wax, she may do it yet.”

People who admired her workmanship, creative style, and the blend of exotic artistry that she lovingly borrowed from her Japanese and Hawaiian cultures, remain enamored.

Even though Sumiko no longer designs clothing, she still has a boutique where she carefully chooses clothes from designers all over the world, making sure they are as unique as those she once designed herself.

Celebrities and anyone who appreciates true artistry frequents her store, among them actress Angelica Huston who just mentioned the boutique in the 2011 edition of “The Elements of Personal Style” published by Elle Magazine, as one of her most favorite places to shop.

As great American stories go, I am beyond fortunate to have experienced firsthand such a wonderful culture of artistry. I have also had the opportunity to model her clothing for magazines, as well as the honor to design dresses and handbags for her boutique.

The real beauty of her success is that she keeps a vital part her Japanese culture alive, even after moving to the mainland. But even more moving is the tranquil, careful, and tireless manner in which she works, the same way she first learned as a child when she picked her first coffee beans, and laid them one by one into a basket.

She is proud to display a different basket today, which she fills with delicate pieces of folded blouses and shirts for her customers to rummage through, just as she did when she looked through her mother’s trunks for kimonos.

For Sumiko, this new basket is no better or more regal than the one she first held on her arm at the age of four each day before sunrise on her family farm. It is just different.