Will a Korean-American Lead Southern Baptists 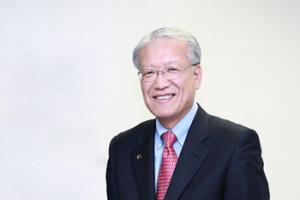 Will a Korean-American pastor become the head of the Southern Baptist Convention, continuing efforts to show a commitment to ethnic and geographic diversity of the largest white Protestant group based in the South?

Southern Baptists elected their first African-American president two years ago in a move widely seen as a watershed for efforts to broaden the appeal of the nation's largest Protestant denomination beyond its traditional white Southern base. Two years later, as the Southern Baptist Convention meets in Baltimore to choose the Rev. Fred Luter Jr.'s successor, top candidates include the Korean-American pastor who leads the largest Southern Baptist church in Maryland, and the white pastor of an Arkansas megachurch.

If the Rev. Dennis Kim were elected at the group's annual meeting Tuesday, it could send a strong message about the Nashville, Tennessee-based denomination's commitment to ethnic and geographic diversity. But even though the group's other top posts remain almost exclusively held by whites, some members - including some of Kim's supporters - are uncomfortable with the idea of making a conscious effort to diversify the leadership.

The vote involving Kim, the Rev. Ronnie Floyd, and at least one other white candidate comes at a time when the convention is struggling to turn around a trend of declining church membership, attendance and baptisms.

The SBC's efforts to increase ethnic diversity among its churches has been one of the few bright spots in that effort, said Ed Stetzer, executive director of Lifeway Research, the publishing arm of the 15.7-million-member denomination. Statistics from the convention's church surveys show the ratio of member churches that are not predominantly white moved from 1-in-20 in 1990 to 1-in-5 in 2010. 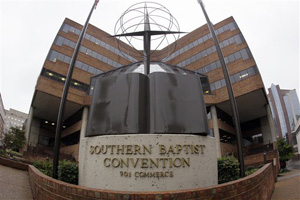 "One of the untold stories of evangelicals, Southern Baptists included, is their incredible ethnic diversity," Stetzer said. But that diversity is not well reflected in the SBC's leadership, he said.

The president of the SBC's Executive Committee is white, as are the heads of the seminaries, the mission boards and the other large entities that carry out the day-to-day work of the convention.

"If we stop appointing African-Americans, Asians, Hispanics to leadership positions after this, we've failed," Luter said immediately after his election, vowing "to do all that I can to make sure this is not just a one-and-done deal." Luter did not return a call seeking comment on the candidates for president this year.

Luter's election was seen as a big step for a denomination that was formed out of a pre-Civil War split with northern Baptists over slavery and for much of the last century had a reputation for supporting segregation. He was virtually guaranteed a win in 2012, coming off a term as first vice president with no announced challengers.

Kim's bid is more of a long shot. Floyd has served numerous high-profile roles in the SBC over many years, and he will be nominated by the powerful head of the Southern Baptist Theological Seminary in Kentucky, the Rev. Albert Mohler.

Supporters of both candidates downplay the significance of race and agree the next president should be someone who can help halt the denomination's decline in membership. 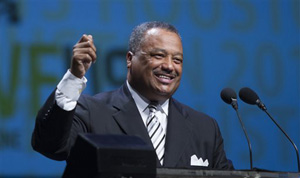 Mohler, who announced plans to nominate Floyd months before Kim became a candidate, said he is pleased to be part of a denomination that has many qualified leaders, but he thinks Floyd has the right qualifications to lead the SBC now. "I don't think it sends any big signal about diversity in leadership," he said. "The SBC is becoming diverse in leadership at every conceivable level."

Texas pastor Dwight McKissic, who will nominate Kim at the annual meeting Tuesday, says Kim is simply the best man for the job. "Everything about him represents what the Southern Baptists need to impact the nations of the world with the gospel of the kingdom," he said.

One of Kim's major accomplishments has been developing a pictorial tool that allows church members to quickly explain the gospel to strangers, Kim said. He said that in the past year and a half, members of his Global Mission Church of Greater Washington have used the tool to reach more than 3,200 people.

Kim said he believes the SBC can be more effective in spreading the gospel to the ends of the earth by expanding the circle of leadership, both geographically and culturally. But he said he does not support any type of quota for ethnic minorities in leadership.

Floyd, of Arkansas' Cross Church, said that he feels that whoever is elected will continue the convention's work of expanding its ethnic diversity. He cited his own work in moving the convention toward a greater emphasis on missions, both in North America and around the world, which he said will help the denomination start growing again.

"We know that in order to reach the world for Jesus Christ, just like the scripture says, we've got to reach all the nations of the world," he said.