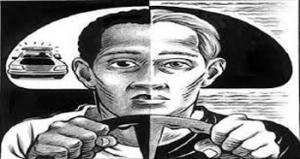 Blacks and Hispanics motorists are stopped at a much higher rate than whites or other minorities by Connecticut police officers. Photo Credit: theinclusionsolution.me

The numbers were compiled by researchers at Central Connecticut State University under a revamped state law designed to prevent racial profiling by police.

Researchers cautioned that there may be any number of reasons that police in some cities and towns pulled over minority drivers at higher rates and stressed the data don't necessarily mean police are racially profiling motorists.

Researchers say their estimates of minority driving populations include people of legal driving age who live in town or nearby.

About 47 percent of New Haven police's traffic stops involved black drivers, compared with the estimated black driving population of 20 percent in the city. A message was left for city police officials.

The total number of black residents in New Haven, including children under 16, is about 31 percent of the city's population, the new report says.

In Bloomfield, about 56 percent of traffic stops involved black drivers. The estimated black driving population is 32 percent. The total number of black adults and children who live in town represent about 54 percent of the town's population.

As for stops involving Hispanics, Wethersfield police had the highest disparity, according to the report. About 31 percent of town police traffic stops involved Hispanics, while the town's estimated Hispanic driving population was 9 percent. 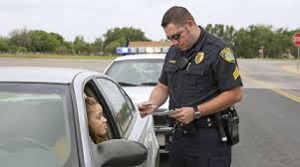 The racial profiling law was approved in 1999. But the effort failed in the following years when less than a third of police departments submitted the information as required to the state African-American Affairs Commission, which did not have the resources to process the data.

The legislature and Gov. Dannel P. Malloy overhauled the law in 2012.

A new computer system went live in November and began collecting a wide range of traffic stop data from all 106 police agencies in the state, including the race, ethnicity and gender of drivers, the reason for the stop and any enforcement actions taken. The report released Thursday shows information on traffic stops by police from Oct. 1, 2013, to May 31 of this year.