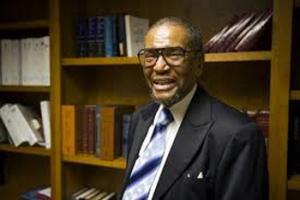 Sam Perkins, once falsely arrested, turned the experience into a 30-year career as a criminal defense lawyer to help the disenfranchised navigate the justice system. Photo Credit: commercialappeal.com

An attorney, newly elected as the first black president of the Tennessee Association of Criminal Defense Lawyers, turned a false arrest into a future of helping others navigate an unjust justice system. Sam Perkins credits the start of his nearly 30-year career as a criminal defense attorney to the handful of weeks he spent as a criminal defendant, albeit a wrongly accused one, in the late 1960s.

As he was passing through a Michigan department store, two security guards stopped him and accused him of shoplifting. A sales lady quickly came to his defense, he said, "but they arrested me anyway."

Already working as an electrician for General Motors at the time, Perkins recalled, "After that happened I said, 'Oh no. I'm going to fix this.'"

Perkins, 71, was elected recently as president of the Tennessee Association of Criminal Defense Lawyers, the first African-American to hold the title and one of few Memphians to preside over the organization in its 41-year history. Perkins says he is anxious to use the position to continue helping young attorneys flourish, in large part because of his own humble legal beginnings.

After his arrest on the shoplifting charge, Perkins posted his $15 bond and got out of jail the same day. But when he returned for his first court date, Perkins was dismayed at the speed in which accused criminals like himself were fed through the legal machinery without, it seemed, so much as a second thought from the judges and prosecutors.

"I was struck by seeing people without representation given fines, pleading guilty and getting convictions that would stay on their permanent records," he said. "When it was my turn, I stood up and said, 'Not guilty. I want a jury trial.' I didn't know what that was," he said. 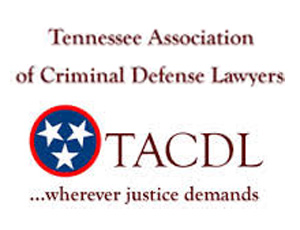 On the day his trial was set to begin, prosecutors dropped all charges against him. "I made up my mind right then and there," he said. "I wanted to help people."

By the time Perkins enrolled at Antioch School of Law, he already had nine children - he is himself one of 11 children - so when he graduated and moved to Memphis, he worked at a car wash to make enough money to buy business cards. "I can't begin to tell you all the people that have helped me," he said. "I wasn't too proud to ask."

As Perkins' career picked up, he made a point of always keeping some extra space in his office for young lawyers in need of a free place to work. For more than a decade he has taught frequent seminars through TACDL, and will be happy to describe his signature style with juries for inquisitive young minds.

"I started presenting my cases in first person. That changed everything," he says. "I chose to make jurors feel like a part of the scene ... that came to be my strong point."

Joseph Ozment, a TACDL board member, called Perkins "the kind of lawyer that everyone aspires to be," adding that Perkins was well-known for his ability to connect with a jury. "There's not a better person in the world to work to with," Ozment said.

As for his plans for TACDL this year, Perkins said his goal is to increase membership and try to build off the strong work done by his predecessors.

On his designation as the organization's first African-American president, Perkins said it's not something he's gone out of his way to advertise. "I'm just honored that they felt I was a person they could trust in this position."