American Indian Culture To Be Taught In Schools 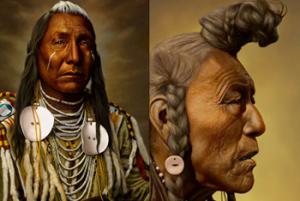 An accurate portrayal of American Indian and culture is still lacking in classrooms across America. Photo Credit: creativeroots.org

Should American Indian history and culture be taught in schools across America? The state school superintendent in North Dakota believes it should be should be taught in that state's classrooms to have "a common understanding of where we came from in order to have vision for the future."

State School Superintendent Kirsten Baesler said she wants to replicate curriculum similar to Montana's "Indian Education for All" program that mandates Montana schools teach all students about its American Indian tribes and reservations. "Teachers are excited about this," Baesler said at an Indian Education Summit attended by about 60 educators at the state Capitol in Bismarck. Baesler did not know how much a program would cost to implement in North Dakota or when it could be achieved.

Baesler and Montana Superintendent of Public Instruction Denise Juneau said the idea is to integrate Indian education throughout the day into existing curriculums such as math, reading, music, history, physical education and other subjects. Special time would not be set aside to focus on the topic, the women said.

"It's not Indian education for Indians," said Juneau, who is a member of North Dakota's Three Affiliated Tribes. "It's Indian education for all." Juneau is a member of the North Dakota's Three Affiliated Tribes, a former teacher on the Fort Berthold Indian Reservation and the first American Indian elected to statewide office in Montana. 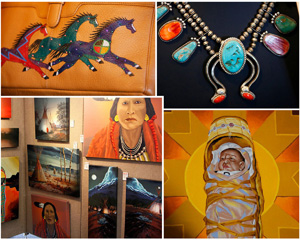 Montana's mandate was written into the state Constitution in 1972, but substantial funding wasn't included until about seven years ago when $3.7 million was allocated, Juneau said. "Our approach is not to blame, shame or guilt," Juneau said. "We just want to present the facts."

The Montana Department of Public Instruction provides information about the state's 12 tribal nations and suggests instructional materials that can be used in classrooms. The agency has a list of "essential understandings" of native culture and tradition, including tribes' traditional beliefs and spiritual practices. Some of the material was gleaned from tribal elders, Juneau said.

The ratio of Montana's Native American students and teachers is similar, Juneau said.

Baesler and Juneau said South Dakota educators also have expressed interest in developing an Indian education curriculum, and both Dakotas could share some resources since two tribes have reservations that straddle both states, Baesler said.