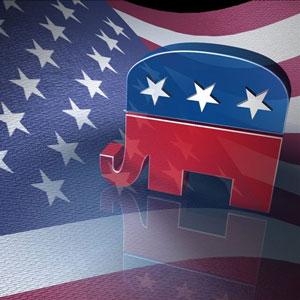 The YouTube video posted by Guillory in mid-June attracted nearly 700,000 viewers by Tuesday, as well as splashed across social video. Called "Why I Am a Republican," the senator's video, cited by Rush Limbaugh, Glenn Beck, and Sean Hannity, led to Guillory getting speech requests from Republican groups around the country.

"I'd love to say that it was just one great master plan, but that would be a terrible untruth. We did not expect this. I just put a little video together so I could explain to the folks back home," Guillory said.

"He eloquently showed how it is the Republican Party that is the party of growth and opportunity, no matter what color, race, or creed you are," Doré said in an email.

In the video, Guillory describes the GOP as the right place "for all my brothers and sisters in the black community." Speaking directly to the camera, the charismatic state senator says the Democratic Party creates an illusion that its policies "are what's best for black people."

Guillory, a lawyer in his second Senate term, talks of the Republican Party's abolitionist roots and describes the Democrats as the "party of Jim Crow." He says the Democratic Party promoted programs like welfare and food stamps to control the black community and make people dependent on government handouts.

"Our communities are just as poor as they have always been. Our schools continue to fail children. Our prisons are filled with young black men who should be at home being fathers. Our self-initiative and our self-reliance have been sacrificed in exchange for allegiance to our overseers, who control us by making us dependent on them," Guillory says.

He asks viewers to abandon "the government plantation and the party of disappointment."

Kirstin Alvanitakis, a spokeswoman for the Louisiana Democratic Party, said the comments about black voters are "demeaning to say the least."

"African Americans see what's going on in state after state, as Republican officials work to make it harder to vote for minorities, the poor, and the elderly," she said in a statement. 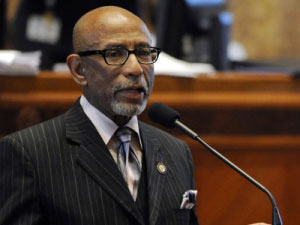 Asked about the slavery terms used in his video, Guillory said he chose his words purposefully, noting his grandfather was born into slavery and saying he lives on family land purchased by freed slaves.

"Slavery is very much a part of my history, and I am very sad to see this new slavery, the enslavement of communities by a big government plantation," he said.

Kirby Goidel, an LSU political science and mass communication professor, said Guillory's video hit the right message for the Republican Party, which is trying to draw minority voters as the country's demographics shift the elections base.

Guillory's announcement on May 31 that he was leaving the Democratic Party wasn't entirely surprising. He often votes conservatively on social issues, and he's been a regular ally of Republican Gov. Bobby Jindal.

Also, Guillory registered Republican previously, switching to the Democratic Party in December 2006 before running for a legislative seat in a majority black district.

Goidel said that's where the senator's narrative breaks down.