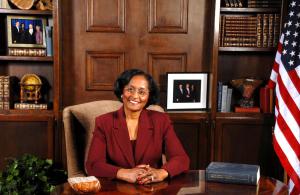 An old biblical proverb states: “A house divided against itself shall not stand.” It is a proverb well worth heeding.

Many divides plague America and are in need of attention, but racial discrimination is one of the most pernicious. Our cover story in this issue is just an example of how urban areas have very definitive geographical divides that breed and perpetuate racial, educational and economic boundaries. However, the racial divide, too often, separates like no other. It is deep, wide and encompassing.

The racial divide provides the perennial excuses that allow many other harmful divides to be created or remain in place: The geographical divide, the educational divide, the economic divide, and now the digital divide. The educational and economic divide spun other insidious divides: A disproportionate number of African-Americans are perpetually unemployed; a disproportionate number are living at or below the poverty level, stuck in sub-standard housing and blighted neighborhoods.

In an ironic way, it is those divides, rather than the ties, which too often seem to bind us. They bind us in ways that make us become more entrenched in our separateness.

A great example of this phenomenon is the designation of February as black history month, which we just commemorated. It is both a symbol of unity and separation. The very fact that there is a need to continue to carve out a month in the year to honor, commemorate – and yes, educate some about – the contributions of African-Americans in making America what it is today is an act of separation.

Nevertheless, the celebration also serves to unify African-Americans in ways that are irrespective of the divides that we live in and face every day; we can draw upon a rich heritage with all of its triumphs and struggles. We are reminded of why it was, and still is, necessary to set the month aside. However, all Americans should also wonder whether there will ever come a time when it is no longer necessary.

The impact and ravages of this cycle of divisiveness do not stop there. It is seen in the crime statistics, and in the census of our penal institutions. The racial divide continues its downward spiral, seemingly at times with the force of a tornado. Somewhere back in the recesses of history, that powerful funnel of hatred landed, and it’s been spreading venom and destruction ever since – in subtle and not so subtle ways.

As we end black history month, we must keep these inequities clearly in front of those who are in positions to do more about it.

Contrary to what many, white and black, as some would like for the rest of us to believe, Affirmative Action measures – promoting inclusiveness, not quotas – are still desperately needed to not only correct past racial injustice and inequities, but to attempt to level the playing field in the future.

So from city hall to the states house, from the hall of Congress to the White House, and among all Americans, we have our work cut out for us if we are serious about this whole notion of unity and inclusiveness.

The extension of olive branches across the Republican and Democratic aisles is admirable. Compromising and supporting each other’s issues is a good thing. Having ethnically and racially diverse cabinets and staffs are noteworthy. But those things do not make a dent in fixing the great divides that ail this country.

While many of our children will be learning to read and do simple math, others will be widening the gap of academic achievement because they will have training and access to all kind of computer technology enabling them to have a competitive advantage in this technological age. Can the educational divide be fixed in such a way to avoid a digital divide becoming a stronghold?

If we do not succeed in fixing the educational divide: Can we really expect to eliminate the economic divide, the neighborhood divide, the real estate divide? If economic parity is never achieved, how on earth do we expect to overcome other societal conditions that breed hatred, prejudice and other destructive and divisive forces?