Beyond September 11: Honoring The Day That Race & Ethnicity Did Not Matter 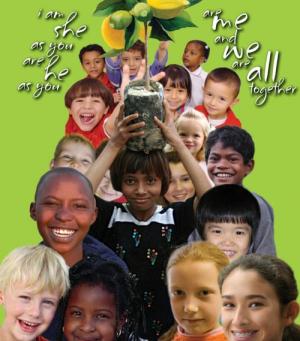 A lasting victory against terrorism will be achieved only when we invest in educating ourselves and future generations on the peoples, cultures, religions and lifestyles beyond our own.

Over time, we might even rid the “Axis of Evil” of its capability to develop nuclear weapons and lessen the ever-present threat of wanton destruction on anybody or anything within its reach.

But will winning these battles result in us winning the war on terrorism?

It begs the question: How can we ever hope to achieve a lasting victory if we, average American citizens, do not understand the enemy, all of its faces and the fronts on which the war must be waged?

During the last year few years, we have had fewer heightened alerts, but a level of anxiety still remains and perhaps, always will. Along with our national security network, ordinary citizens have assumed roles as watchdogs against becoming victims of some camouflaged terrorist in our midst. Watchdogs? Against what? A lone suicide bomber? A well-placed dirty bomb? An airborne germ against which we have not been immunized?

It may be true that the best offense against terrorism, in the long run, is a good local defense. But does that mean being a watchdog for irregular or errant behavior of someone who may or may not look or act like us?

Since September 11, 2001, many new names, places, people and things have crept into our spheres of consciousness, perhaps, to reside there forever, as a result of newspaper articles and television news such as jihad, Quran, Al Qaida, Islam, Islamabad, Kabul, Taliban.

But beyond the news, what steps have we taken to really gain a good understanding of what is threatening our shores, our way of life, and most importantly, why this might have happened?

September 11, 2001, will be earmarked in the history books as the day that changed America forever. It signaled to all Americans, irrespective of our race, ethnicity, religion, economic status, or dwelling place – urban, suburban, or rural – that we were equally disliked and disregarded in the eyes of terrorists who hate everything about our democratic way of life.

We suddenly became one, united in our patriotic feelings and the desire to protect America and our way of life despite its imperfections.

Sometimes, it is amazing what it takes for different people from different walks of life living in proximity to each other to recognize the things we have in common, the things that bind us.

To finally recognize that differences in skin color may not be the great divide we think it is. Rather, other things like religion, economic disparity and a way of life often create and build the greatest chasms.

But with the events of September 11, we also have inherited an awesome burden. How do we achieve a lasting victory against terrorism? We must revisit, or bother to learn anew, and apply some critical lessons from history.

I am reminded of the memorable words of President Franklin Delano Roosevelt as the nation faced another crisis: “We have nothing to fear but fear itself.” But I am also reminded of the age-old axiom that great civilizations are rarely destroyed by external forces, but rather from weaknesses within.

What’s notable about both pronouncements is that ignorance is often the common source of both fear and weakness. We cannot afford to remain in a bubble of ignorance, peppered with misplaced arrogance, or blind pride. The ramifications for our future lifestyle and that of generations to follow, are simply too great.

On a broader and lasting scale, terrorism will not be understood and defeated until we make a concerted effort to reduce the pervasive lack of knowledge among adults and children alike, of emerging forces and ideologies that are harmful to our own.

It is both a local and national challenge.

This week, President Barack Obama urged the nation’s children to stay in school and work hard. He emphasized that their future and that of our nation’s are depending on it. But too many of our children still are not meeting the minimum competency standards in the social, biological and physical sciences. Then, how can we expect them to become the physicists, chemists, social scientists, historians, astute ambassadors and political leaders that it will take to wage and win wars of the 21st century?

Until we effectively address this major weakness in our armory, a lasting victory against terrorism will continue to elude us.

Every September 11th we pause to remember and honor the ordinary citizens and heroes who lost their lives on that infamous September morning in 2001. But we must also give serious thought to the ongoing obligation of those of us who were spared – and that is to educate and prepare our children to continue to build a better world.