One Race: Many Ethnic Groups 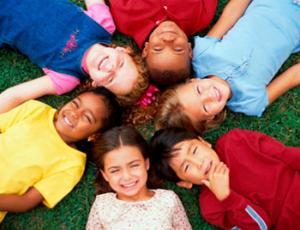 Is it time that we teach our children that they are members of one race with many ethnic groups? Why not base if on the findings of the Human Genome Study? Photo Credit: fanconi.co.za

Is it time to rethink how we think of race? There is only one race, the human race, but many ethnic groups.

Race is a construct whose precise origin still remains in dispute among scholars. However, there is a large body of scholarship in the humanities and social sciences that confirms race is a modern concept constructed under specific historical, social and economic conditions – often to create and perpetuate power, servitude and superiority.

While the continued focus of a great deal of academic scholarship, the subject of race has managed to escape sustained and informed public dialogue. Since the election of President Barack Obama, many would like to believe a public and sustained conversation about race is no longer necessary.

In many circles, race is a taboo subject to be avoided as we go about our daily lives where an honest conversation is most needed. We somehow are fine with the subject of race being ignored or only addressed when some blatant and ugly incident makes it unavoidable and calls into question, at the moment, our own sense of decency if we choose to remain silent.

Why not abandon once and for all times the man-made concepts of race, which have done and continue to do more harm than good? We have allowed the color and shades of skin and other cosmetic differences like the texture of hair, color or eyes to shape our impressions of entire groups of people. When beyond the surface differences, often the results of geographic and environmental forces, we are all 99.99999… percent the same. The results of the Human Genome study have conclusively proven that. Like beauty, the concept of race is only skin deep. 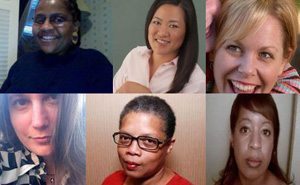 So, why do we persist in hanging on to the false notions that there are several races? There is one race the human race, which happens to have many ethnic groups.

Clearly, this will require a deliberate and new way of thinking to bring about such a revolutionary change of the definition of race on a broad scale. But major changes occur over time. Like fruit- bearing trees, the seeds are planted long before we harvest and enjoy the fruit.

Like every great change movement, there will be resistance and there will be those that will never embrace the change. But we need to begin somewhere. Many people believe that the negative perceptions around race will change with the younger generations, and older generations are a lost cause. But, the needed changes will not occur on their own.

There must be deliberate efforts by adults, older and current generations, to educate and re-educate, beginning with ourselves and passing it on to our children. Prejudices, acts of discrimination occur on a daily basis among the young people because of what we have passed on.

If we ever hope to change the view of race, as adults, and stop allowing it to be a divisive force in our daily lives, we must we willing to accept that there is one race, one humanity, we hold in common; and commit to understanding the ethnic and cultural differences that make us unique, interesting, and sometimes challenging.

One race, and many ethnic groups. Why not try it on? Wear it. Pass it on. Play it forward.

What do you have to lose, except a false sense of superiority and close-mindedness?

i'm happy to be reading this article because i always thought of everyone being one race and many ethnicities. I agree that like with every change movement there will be some resistance, but eventually everyone will hopefully believe in one big race and many different ethnicities. .

While I am happy to be reading an article like this one, I cannot help but to wonder if we are ready for the proposed action. Similar to the gender debate in which many of us in the US have discussed the idea that gender is a form of a social construct, which brought about fair and necessary conversation we also have to look at what it does to the fact that women are still the oppressed ones, just as minorities are the oppressed ones in terms of race and/or ethnicity. If we chose to think of race as a social construct, which I am willing to believe that it is, we still have to include and consider what problems the concept of race cause in the discussion of race as a social construct. Before we can move forward to a society of true equals, we must create equality in discussing, correcting, and addressing the current wrongs the concept of race has created.