Domestic Violence - Does It Need To Take On A Whole New Meaning? 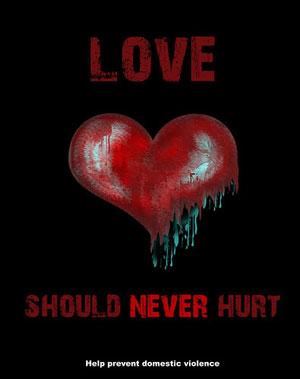 Domestic violence strikes fear into the hearts of everyone in the home, the children, the women, and yes, even the men feel its biting slap, no one escapes the damage.

For the sake of our children.

Usually when we hear the term, “domestic violence,” we generally think of physical abuse, often beatings occurring between a husband and wife. Although, these days it also includes the violent behavior between teen boyfriend and girlfriend, or what is more and more labeled as significant others. Too often in the case of domestic violence, verbal and physical abuse escalates to permanent injury, even death of one partner, the other —, or both.

Society has responded in many ways to address domestic violence as we have come to know it. Battered women can find refuge in shelters or some other transitional living arrangement.

These shelters provide victims a safe environment and many forms of support until they can change their condition. Such support can save lives and changes lives. Too often, it does not. Many women, for whatever reasons, elect to go back into unhealthy, even dangerous, living conditions and ultimately lose their lives literally, figuratively, or both.

However, does domestic violence mean more than abuse between adults? Should it mean more? Do we need to focus just as much, if not more, on the children who suffer at the hands of uncaring, sick, and sadistic adults? And does it really matter whether a natural or adoptive parent, a boyfriend or girlfriend, a babysitter or daycare worker, a neighbor or cousin, a teacher or church member, causes that abuse? Does it really matter who the perpetrators are when the horrible outcome is the same? 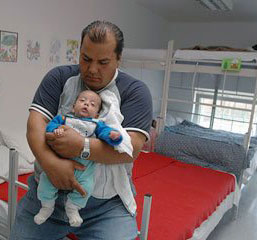 Some helpless, fearful, trembling, often petrified, and a sadly dependant child is emotionally and/or physically scarred for life — or may lose his or her life in a fit of adult rage, endless abuse or protracted benign neglect. They are too often the silent victims, who carry a terrible secret as they grow to become adult victims or offenders themselves.

Shouldn’t a helpless child have at least as many options as an adult to expect and receive refuge from those who may be the perpetrator of harm? Shouldn’t we as a society, in every community, expect the same kind of responsiveness and vigil when it comes to protecting and saving a child from what often turns out to be sheer torture, a living shameful hell?

We hear all too often — in too many cities around the country — about the abuse and death of children at the hands of caregivers and strangers alike. These incidents paint a grim and alarming picture. Imagine the number we never hear about.

As family members, as neighbors, as a community, as a city — and definitely every childcare agency — we should ask what more could have been done to avoid these tragedies. And, more importantly, what efforts can be made to prevent and stop abuse against children in the future? 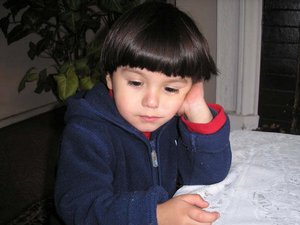 We must keep the welfare of our children constantly in view.

We must keep their emotional and physical well-being very high on the radar screen. When we hear the words domestic violence, it must bring to mind more than the abuse suffered by adults at the hands of adults. It must also mean the abuse that our children suffer in their homes, their neighborhoods, and their city — at the hands of both family and friends, often the people they innocently trust the most.

Is everything well with my child or some other child I have encountered? Each of us needs to give that question serious thought. Pause and think about all the children you know. Can you really say all is well with them?

Are we really doing as much as we can to intervene in the lives and living conditions of our children who may be at risk? When in doubt, take action.