Electing Best Leaders For Times Ahead 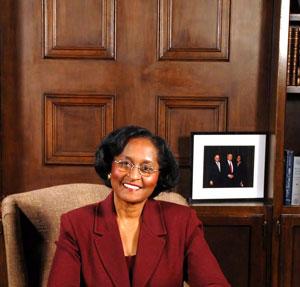 The upcoming elections in November, unlike many others, should not be treated as your ordinary, off-year, marginally obligatory, civic affair. The outcomes of too many important issues are riding on who we choose to represent us.

On the international front, we are in an atypical and interminable war on terrorism. We seem obliged to continue to engage in traditional military combat in Afghanistan where we have put thousands of our sons and daughters in harm's way. We are ever watchful of other hot beds of instability that could threaten our well-being: Iran, Yemen, and Iraq – still. Right here at home, we have seen and unseen terrorists in our midst.

On the domestic front, many issues abound. We are in the midst of one of the worst economic conditions in recent history – a deep depression that is reminiscent of the Great Depression. Unemployment is unacceptably high, which has a ripple effect in so many ways.

Despite the financial meltdown on Wall Street that required government bailouts to prevent us from slipping into an economic catastrophe that would have rivaled the Great Depression, we still have uncontrolled greed on the part of executives in some of the nation's largest and most prestigious corporations and investment houses on Wall Street. This dichotomy still severely hurts and undermines consumers' confidence in the fundamentals of our economy.

As if the protracted war on terrorism at home and abroad, and a fledgling economy were not enough, there are other issues coming home to roost. Our complacency with an educational system that fails too many children can no longer be ignored. If we do not take seriously the mantra, "Leave no child behind," some crazed terrorist will be the least of our concerns or fears in the long run. The quality education deficit is both a national and international issue, threatening our long term well-being and our place on the global stage.

While a recent bill on healthcare reform passed, it highlighted how dysfunctional the political process can be when elected officials put their own selfish interests ahead of those of the people who elected them.

This is not a Presidential election year, but it is a critically important election year. As a voter, that can shape the outcome, are you engaged? Are you bothering to see where candidates stand on the major issues we face as a nation, as a local community. War, the economy, and education are issues that connect us all.

While we love waving the flag in reverie about this republic of ours, we have a less than illustrious record of participating in how it is governed. Our voting record in Presidential elections is nothing to write to a new democracy about. But our voting pattern in non-Presidential, alias off-year, elections is so abysmal that it should be used as an example of how the democratic process can be rendered impotent.

Most pundits are predicting that this November election will be a dramatic one because of all the partisan contention around the passage of healthcare reform legislation. Granted it has shown the democratic process at its ugliest – not only in the halls of Congress but in the streets across America. From shout outs of disrespect in the Congressional Chamber to the shouting of racial epithets on the sidewalks.

Must our voracious appetite for the dramatic be whetted to get our attention, to engage us, to motivate us to act? Does that explain why we will sometimes bother some of the time to go out and vote for a presidential candidate, yet never go out to vote for a Congressional candidate, state legislator, or a needed referendum?

Do we not believe in the words and wisdom of one of the nation's most tenured and most effective Congressmen, the late Tip O'Neal, that "All politics is local." Whether it is fixing roads or fixing schools, it really starts and stops right in the voting booth with our selections of who we send to the state houses and Washington.

That being said, which candidate in the respective offices will best handle the issues that are important to you, your family, your community, your state?

War, education, healthcare, corporate corruption, the economy, better roads, tax reform, the environment. If one or more of these issues, or some other, is of concern to you, one thing is certain: Whoever is elected, with or without your involvement, will have the power to make these issues better or worse. You can also be certain that the quality of your life will be affected one way or the other.

In this month's issue of USARiseUp, our cover story highlights the life of Congressman John Lewis, whose life's work exemplifies a courageous and unselfish public servant. No doubt his work in Congress has been greatly influenced by his fight, alongside Dr. Martin Luther King, for equality for all. This month, forty-two years ago, Dr. King's verbal voice was silenced by an assassin's bullet. But his life's work of improving the quality of life for all Americans calls out to us all.

We can all do our part at the ballot box and daily in our own "backyard."