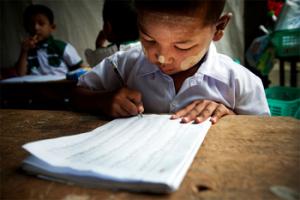 Why isn’t a quality education for blacks and other minorities higher on the list of our national priorities – sixty years later? Photo Credit: un.org

Quality educational opportunities still elude most minority children sixty years after the victory of Brown vs. Board of Education, the Supreme Court case that was supposed to end segregated schools and provide a pathway for black children and other minorities to have equal access to a quality education.

It was in the month of May in 1954, that blacks thought they had won the opportunity to receive a quality education. In May 2014, it appears that not a whole lot has changed. Schools are still very segregated, and too many blacks and other minorities are not graduating, and not leaving with a quality education when they do.

It begs the question: At what point will America stop the charade and get serious about addressing in a broad and meaningful way the institutional racism that pervades public education.

We see the negative results on the personal and societal level, year after year, decade after decade, generation after generation.

Evidence abounds about how a poor quality education impairs one's ability to understand oneself, others, one's environment in terms of culture, history, social mores and expectations.

Poor quality education impairs and limits one's ability to make decent wages. Limited earning power directly impacts buying power. When buying power is hampered, it breeds and fosters other things: hopelessness, sometimes despair, and often resignation to a poorer quality of life. It also, too often, results in a life of crime.

A poor education breeds these vicious cycles that impact generation after generation.

They exist blatantly within our view. We see the impact of an educational system that is failing our children everyday when we drive around the neighborhood and see lost faces, wandering souls on street corners, in alleyways, at store fronts.

Yes, parents, neighbors, churches and other community organizations play a role in keeping kids in school. But fundamentally, what is happening to the child once he or she is inside the school building, the classroom.

We all know of children who come from dysfunctional families, so-called "bad-neighborhood" and simply oppressive environments, who find refuge and hope in the school and go on to apply themselves, become productive citizens, often achieve greatness and go on to break the cycle of poor education in their family.

This scenario may be the exception and not the rule. But it can be the rule. It can happen more often that not if teachers, administrators are equipped and encouraged to do the job they are hired to do. 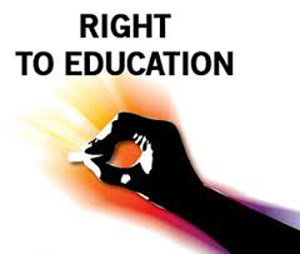 Beyond the personal devastation a poor quality education causes, it also reeks havoc on a community in many other ways. It is a common phenomenon that a school system with a reputation of poor educational achievement causes urban flight. People abandon the city and head for the suburbs. New people coming into a new city will buy or not buy a home based on the reputation of the public schools. Some businesses choose to move or expand their operations in a neighboring suburb to accommodate their likely employees – all because of the image and impact of a poor quality school system.

The economics do not stop there. A city whose public educational system has a poor or negative reputation of putting our graduates with poor basic skills makes many businesses wary of being able to hire workers suitable for available jobs. The location or relocation of many businesses is directly related to the perception of being able to get skilled labor at a reasonable wage.

Why isn't a quality education for blacks and other minorities higher on the list of our national priorities – sixty years later?