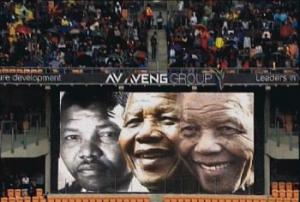 Madiba was a lawyer by trade. He came along in a time where black people were treated as sub-human. He learned about his oppressor, and turned his incarceration into a source of power. That experience solidified him. And from that point forward he knew what his journey demanded of him. Photo Credit: weartv.com

I know that this sounds cliché, but you, too, will remember where you were when you heard that Nelson Mandela passed away from this world.

But I knew that the world would not be the same for me or any other human being that saw the evolution of the world after Madiba touched it.

Indeed, there will be countless and continuous comparisons of Nelson Mandela to Martin Luther King and Gandhi. But in a moment where Hemmingway's cabin – where he wrote most of his masterpieces – would be a godsend for this lowly scribe, I believe that dutifully exchanging sleepless nights for headlines and sound bites in major publications and internet outlets is a seven course fare that should be left for another place and time.

There were dignitaries from across the globe present to express their condolences, using the funeral as a bully pulpit pleading to unify for the "common good". 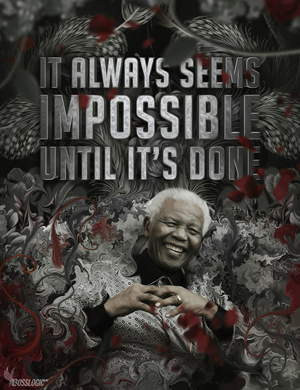 But what is "good" or "common" about this loss?

Who could forge the prose that encapsulates the 27 years that shaped a legacy that will burn long into the restless decades that are soon to follow? The 27 years of empowerment from losing touch with the superfluities of life, often going without the bare essentials. A man who was born into royalty became a champion for the disenfranchised.

Madiba was a lawyer by trade. He came along in a time where black people were treated as sub-human. He learned about his oppressor, and turned his incarceration into a source of power. That experience solidified him. And from that point forward he knew what his journey demanded of him. Nelson Mandela found his voice. His voice became the voice of many who were voiceless.

For the New South Africa … a free South Africa, there will be generations that will not know, personally, of the challenges that Nelson Mandela faced as freedom fighter. They will never know the degradation of the times, nor of the "troublemaker" that transformed a nation.

Many people, many races, are all in solidarity for their loss. The crush of people, who thronged around him, seemed a distant peculiarity to him in life. He could never fully grasp the endearing nature of the love people had for him, a reverence that is usually reserved for high dignitaries, of which he was certainly one.

The world's Elder Statesman … home, finally. And for the family, and the world, the loss is incalculable.

Thank you, Madiba … Thank you for appealing to the better angels of our nature. You are the earthly angel all should aspire to be.