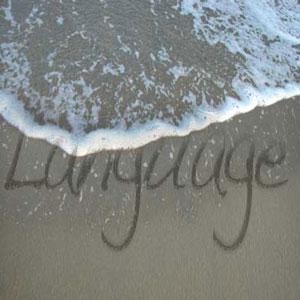 Learning the language of another culture not only expands your boundaries, but also encourages others to do the same. Photo Credit: psmag.com

“Handle them carefully,” warned Pearl Hurd Strachan, “for words have more power than atom bombs.” On a more peaceful note, think about the positive power a single word can have on the development of inter-cultural respect.

To illustrate, for a year in my young life, I traveled throughout Europe. It was impossible to learn many words from the language of each country my roommate and I visited, but we always tried to learn a few. We watched in repeated delight as grins broke out on Turkish faces when we said “teshekur” (phonetic pronunciation for teşekkür ederim, meaning “thank you.”) We watched Egyptian eyes sparkle when we said “sala Alla kum” (salam aleykum, meaning Peace be with you.) No matter where we traveled, it seemed the native people appreciated our efforts to learn their language — limited though our efforts were.

Decades later, I find the old behavioral patterns emerging again. I asked a lovely Chinese woman in the YMCA pool recently how to say “Good Morning” in her language. “Sow shah ha” ([zao shang hao) was her reply. And now, whether I am offering the greeting to her or any of her friends and family who are with her on a given day, I discover the reactions are the same.

It takes so little for us to show regard and respect for those whose lineage represents just one of the ingredients found in this melting pot we know as America. Our cultural indebtedness begins with Native Americans, who migrated more than ten thousand years ago from Asia to our land. Then came the early European influences with the British, Scottish, Welsh, and Irish immigrants to colonial America. African influences arrived via the slave trade and other cultures arrived in immigrant waves on our shore.