Minorities are not making gains as directors of TV series. Photo Credit: variety.com

Minorities are largely shut out of the ranks of TV series directors in a stubbornly unchanged pattern of hiring, according to a study recently released by the Hollywood Directors Guild of America.

The Directors Guild of America report said that employers have made no significant improvement in diversity among TV directors in the last four years.

According to the study, white males directed the vast majority of the more than 3,500 cable, broadcast and high-budget online episodes made for the 2013-14 season.

In a statement, Directors Guild President Paris Barclay said it can be "shockingly difficult" to persuade those who control industry hiring to make even small improvements. "This should matter to all of us, as a culture, as an industry and as directors," Barclay said, calling on studios, networks, production companies and individual producers to stop making excuses and provide "true equal opportunity."

A lengthy "worst of" list with shows that hired no or few minorities or women includes HBO's "Boardwalk Empire," NBC's "Hannibal" and CBS' "The Big Bang Theory." Shows that made the "best" list include BET's "The Game," CBS' "Mike & Molly" and Lifetime's "Drop Dead Diva." 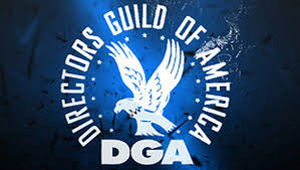 The major broadcast networks, including ABC, CBS, NBC and Fox, did not immediately respond to requests for comment, nor did HBO.

Female directors made no gains in hiring last season compared to the year before.

A 3 percent increase in the episodes directed by minority males can be attributed to work done by Tyler Perry on three series that he also produces, the guild said.

Minority females were the least-represented among TV directors, representing only 2 percent of TV series directors.

For more information go online to: Directors Guild of America

I think it's great that "equal opportunity" is mentioned in this article because surely if you are fit for the job, it doesn't matter what you look like or where you come from. I wonder where title XI comes into play for this situation.

However, to make this article better and give a stronger argument, there should have been statistics on how many different people apply for this type of job because it might attract a certain type of person.

For example, football coaches are generally middle aged, white males. Does this job attract these type of people?

Overall, rules should be put in place for everyone to have equal opportunities in this field as well as many others.

I agree that there are many rules that should be implemented such as requirements that are put into place so all individuals have a fair shot. For instance, a coaching job should not be based on your race or your appearance rather it should be based on your experience and your skills to coach a professional team. The middle aged, white males coaching description is like a stereotype but such a good question if it attracts those males to become coaches instead of a young African American male for example.
I'm now thinking of all the minorities and stereotypes on the TV nowadays. It would be interesting to see the results and percentage of celebrities that are famous and what they are famous for to see if the general stereotypes carry over. Such as African American females are more popular than Caucasian female singers.

I agree when saying that I wish there were more statistics on what type of people actually applied for the job. This way you could have more evidence on whether or not it was racially biased. Even though white men rule the cable TV shows there is a channel called BET where all the stars are mainly African American. The same argument can be made that a white man would not get the job compared to a black man simply because the color of his skin and the network is, Black Entertainment Television. It is best to look at all angels and points being made when discussing race.

I definitely agree with the point of looking at all angles when discussing race. I think that some people tend to jump to conclusions for example the BET. There are hispanic channels as well that might have these same views.
It is really interesting to look even at the news channels and even advertisements. For example is there a African American couple or the Caucasian couple? What does this have to do with who hired them and what the purpose of them being on the television for?
This is such an interesting topic because of what it can represent and what television series trying to portray their thoughts and opinions. The director of the shows might not think about who they hire based on race but questions can be asked when it comes to playing certain roles on television.

Yes you are right. Do you think that because certain jobs are so stereotypical now that people who do not fit the stereotype are reluctant to apply for those jobs? Maybe this is why there is a lack of diversity in certain fields. However, I also think that this is a negative factor in the work force and everyone should have equal opportunities.

I also think that some companies around the world are looking for a certain type of 'look' in their employees, especially on TV where your face is recognized. Therefore, I think that we have brought this problem on among ourselves.

Minorities should never be shut out of anywhere, this is part of the reason we have such a thing as racism. We need to give equal everything to everyone and one day there could be something known as peace. Until then we could start with minorities on TV. Bring them in!