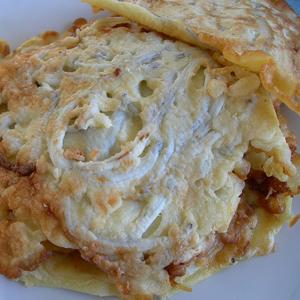 Since New Zealand is an island nation, access to both land and seafood options are a regular part of the local diet. Driven by ingredients that are not only indigenous, but also seasonal, expect a cuisine in New Zealand that resembles that of Australia and Britain, but with a few twists derived from the local Maori population.

Agriculture plays a big role in New Zealand as well as adding a Pacific Rim touch to the cuisine so a cacophony of Europe, Asia, and the Pacific islands of Polynesia are now created in New Zealand kitchens.

Of course, the local Maori’s have their own blend of cuisine and even today, they call dinner “tea,” which is the main meal. The emphasis is on the kumara or sweet potato and dumplings, taro, pork, and puha.

A traditional Māori hangi is popular in New Zealand; it is a year-round outdoor culinary experience, which translates into a large party, where they cook the food in an underground pit filled with hot stones. This cooking technique creates a smoky flavor in the hangi feast foods such as kumara, pumpkin, chicken, pork, lamb, and seafood.

With many restaurants in New Zealand, the Kiwis eat out on a regular basis, but when eating at home it is a combination of either the Pacific Rim flavors or the traditional Kwisine Kiwiana, heavy foods from both Mediterranean and Asian cooking styles and ingredients. Fish and chips, meat pies, custard squares, and pavlova are always popular

Kiwi’s love to enjoy the outdoors during the summer season too so barbeque is a popular pastime among family and friends with lamb or fish and chips on the beach.

Whitebait fish, considered a delicacy, is New Zealand’s favorite fish. The fish is small and looks like fat worms, the season to catch whitebait is from mid-August to late November, and during this time, the Whitebait Fritters are on most Kiwis menus.

Directions:
Whisk egg and a little milk together. In a bowl, combine flour, baking powder, and salt. Make a well in the middle and add egg mixture. Mix quickly with a fork until a smooth batter forms, but don't over mix or fritters will be rubbery. Heat frying pan with plenty of oil to shallow fry. Add the whitebait to the batter mixture. Fry heaped spoonfuls at a time, flip when golden brown. Drain on paper towel and then serve with a sprinkle of salt and a slice of lemon.