Berlusconi Display Of Racism And Anti-Semitism 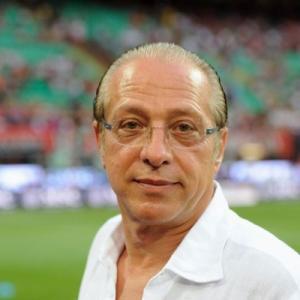 ROME (AP) - Last week it was Silvio Berlusconi, who got into hot water for praising Benito Mussolini. This week it's the former premier's younger brother who sparked outrage - by calling an Italian superstar soccer player of African descent the family's "little black boy."

In a much-viewed video clip, Paolo Berlusconi told a crowd of supporters Sunday that he was off to the soccer stadium to see Mario Balotelli, a prolific striker recently acquired by his brother's AC Milan soccer team - calling him by an insulting and patronizing term for black people.

While the brothers' comments have caused international bafflement, there may be a political element.

They come in the midst of an election campaign in which the elder Berlusconi hopes to make a political comeback, and have raised speculation his camp sees any public stir as one that will help their cause, especially as it angles for far-right support.

There has also been speculation that Berlusconi bought the services of the popular Balotelli in the first place to boost his election chances. Team officials have described Balotelli's transfer from Manchester City as a dream come true. The billionaire business baron, who has been premier three times since creating a center-right party in the early 1990s, has been running second in most opinion polls, behind the center-left's candidate.

A cartoon in Corriere della Sera recently depicted Berlusconi after the Balotelli deal as campaigning as a black man in an AC Milan uniform. The media mogul on Wednesday denied that his team acquired Balotelli to secure an advantage at the ballot box - not just on the football pitch.

"I had no thought, not even 0.0 percent, that Balotelli could help the electoral campaign," Berlusconi said during a radio interview.

Balotelli, a member of the Italian national soccer team, was born in Sicily to Ghanaian parents. His spectacular skills have won him millions of fans, even as his volatile personality has brought him his own share of controversy.

Immigration is a relatively new phenomenon in Italy, which for many years had been a source of emigrants, first to the Americas, and then to northern Europe. The main coalition partner in Berlusconi's three governments was an anti-immigrant party whose former leader once referred to immigrants as "bingo bongos."

Children born in Italy who have non-Italian parents have to wait until they are 18 before they can become Italian citizens.

Reflecting usage by the broader Italian public, Italian mainstream media often use clichés long shunned in other cultures to refer to foreigners. For example, it is not uncommon for news stories to refer to Chinese on second, or even first reference as those "people with almond-shaped eyes."

As more Italians travel abroad, and as their children increasingly sit side-by-side in classrooms with immigrant offspring - who speak Italian like the locals and root for Italy's soccer teams - sensitivity to racial and ethnic slurs is slowing growing.

But there are concrete signs of progress. 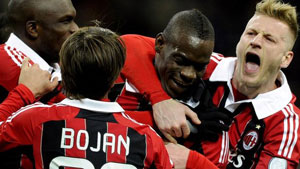 Last month, Balotelli's new teammates at Berlusconi's squad walked off the field during a friendly match after racist chants were directed at midfielder Kevin-Prince Boateng, who is from Ghana.

Balotelli made no immediate public comment about Paolo Berlusconi, the vice-president of AC Milan, describing him as the household's "little black boy." But he has been cautiously optimistic about changing attitudes toward blacks on a continent where they are relatively recently new arrivals in large numbers.

"Racism is very tough to fight," Balotelli said recently. "I really don't know how to defeat it. You need to keep firm and sooner or later we'll win," he said.

On Sunday, at the game Paolo Berlusconi set out to watch as Balotelli scored both of his new team's goals in a 2-1 win over Udinese.