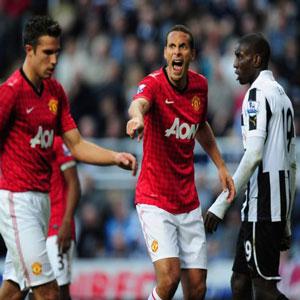 The English Football Association has initiated a plan to eliminate discrimination, racist abuse, and racism in the game. Photo Credit: mirror.co.uk

LONDON (AP) - The English Football Association has approved proposals to help stamp out the resurgence of racism in the sport.

Among 15 pages of proposals, managers and players will have "mandatory induction arrangements" if they are new to the "British cultural environment."

Soccer leaders also want greater consistency in the response by police to racist abuse at matches and legislation to clamp down on abusive messages on social networking sites.

FA Chairman David Bernstein says "this is a commitment on behalf of English football to ensure the game is inclusive and free of discrimination."