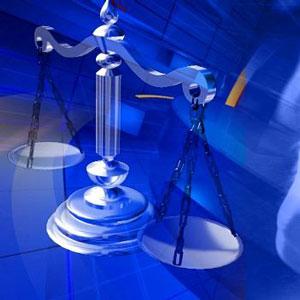 BOSTON (AP) — Minority police officers who filed a lawsuit can move forward on their claim that a promotional exam discriminates against black and Hispanic officers, the highest court in Massachusetts ruled Friday.

The Supreme Judicial Court found that a Superior Court judge incorrectly dismissed the officers' claim that the state had interfered with their right to be free of racial discrimination in opportunities for promotion.

The SJC ruled that claim can move forward, but said two other claims were properly dismissed.

The officers allege that the state, through its Human Resources Division, engaged in racial discrimination through the creation, design, and repeated administration of a multiple-choice exam for police seeking promotion to sergeant. They said that, because of the exam's discriminatory impact, black and Hispanic officers were ranked lower on a list used by municipalities to make promotional decisions.

The officers, who work in Boston, Lawrence, Springfield, and Worcester, also allege that the exam is not a valid predictor of job performance.

"Based on these allegations, the complaint sets forth a plausible claim that the division's examination has a disparate impact on African-American and Hispanic police officers," Justice Fernande "Nan" Duffly wrote in the ruling.

The ruling means the officers can continue to pursue the claim in court.

"I think it's a tremendously important decision for our clients and for the communities they work in," said Stephen Churchill, an attorney for the officers.

"There has been litigation over these exams for decades, and one of the most significant obstacles to things getting better is that the state has not come up with a better exam and it seems that they haven't tried. Hopefully, this will be a wakeup call."

Attorney General Martha Coakley's office, which defended the state in court, declined to comment, deferring to the Human Resources Division Alex Zaroulis, a spokeswoman for the state's Executive Office for Administration & Finance, which oversees HRD, noted that the SJC decision is "procedural only."

"There is no finding that HRD's exam discriminated in any way. HRD, represented by the Attorney General, firmly believes its exam does not discriminate and will defend it in the Superior Court," Zaroulis said in a statement.

Churchill said the case will now be sent back to the lower court, where it will go through the normal pre-trial discovery process.

The case was originally filed in federal court and went to trial against the cities and towns that employ the officers. There has been no ruling in that case, yet.

The case the SJC ruled on Friday is a state lawsuit that names the Commonwealth of Massachusetts and its Human Resources Division as defendants.