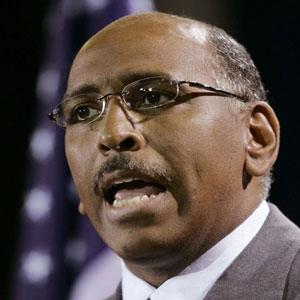 Despite the reduced numbers of blacks voting Republican, especially during the current elections, many blacks like Republican Party Chairman Michael Steele are highly involved with the Party. Photo Credit: suite101.com

My grandmother walked with me to the polls when I voted for the first time. Fresh out of high school and 18-years-old, I planned to take my time and make an educated choice on each candidate. For me, it didn’t matter if the candidate was Republican or Democrat.

However, it did to my grandmother.

“Just check the box for Democrat and come on,” she ordered me. And that’s the way it was and is to this day for most blacks.

President Abraham Lincoln and the Republicans may have freed the slaves but that was so 1800s. The sentiment now is what has the GOP done for me lately? Since the 1960s, blacks overwhelmingly vote the Democratic ticket. And it doesn’t look like it will change any time soon according to Christina Greer, political science professor at Fordham University.

So what does the Republican Party have to do to get the black vote back? The faction in control of the party right now isn’t even interested in answering that question, Greer says.

“The only group they may try and court in the future is Latinos,” she says. “But they have essentially realized that blacks right now are with the Democratic Party and because they’ve chosen to follow the faction that’s largely held by the Tea Party and people who do not believe in integration in many things that we see as civil rights, human rights, they see as entitlement programs.”

Stephen Farnsworth, political science professor at the University of Mary Washington in Virginia says the move to the Democratic Party for blacks came about in the 1960s with the signing of the Civil Rights and Voting Acts by democratic presidents John Kennedy and Lyndon Johnson.

“Barry Goldwater and the 1964 GOP nominee campaigned against the Civil Rights Act and as president Richard Nixon started the Republican ‘Southern Strategy’ to win over white southerners angry with the Democratic presidents who promoted civil rights, school busing, and the rest,” he says. “As a result, African-Americans abandoned the party of Lincoln shortly after it began to woo southern whites.”

Christopher Witt, political science professor at Augustans College in Illinois said that at the beginning of the 21st century, Republicans were actually making inroads into the black electorate. But when the Tea Party showed up, the party moved further right.

“Now, in 2012, veiled and not so veiled appeals to seemingly racist sentiments along with many policies not in line with the majority of black voters have led to a hard road back to the good graces of black voters,” he says. “To regain that demographic, the Republican Party must provide black voters with policies that connect with their somewhat more liberal fiscal beliefs and somewhat more conservative social beliefs. If they do not directly appeal to black voters in person, on television, and through cyberspace they will not see any change