Passing Down Societal Values That Benefit Our Teens & Future Generations 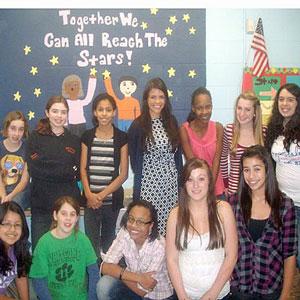 Although not impossible, some adults find it difficult to change their views on diversity, or their instilled beliefs about different races, ethnicities, or cultures, it is something passed down through the generations. But it is imperative that all of us teach our children at an early age that these differences do not define who the person is just because they are of a different skin color or believe in another religion, etc. Photo Credit: msjnews.com

Societal values, defined as beliefs, qualities, and traditions of a specific culture. They can be either appropriate or inappropriate values, beliefs, and behaviors, that families hand down through generations. They can be political, religious, social, or family issues.

The core belief is that the Puritan ethics of our founding fathers created our societal values, such as a belief in hard work, faith, and responsibility.

But in recent years, societal values are not only defined by those standards but by those of the media and the counterculture.

For example, the media says we must be this thin, this tan, this young, this rich, or own this object to be successful. It places a materialistic value on our self-worth. This superficial value gets handed down to future generations. Parents who have the “I must-have that car or house,” therefore, the child also “must-have the smart phone or game system.” And those who don’t have or can’t keep up don’t quite measure up.

Then we have the counterculture that breaks away from the traditional and entrenched beliefs on societal values and mores. Racial equality and gay rights are born out of this counterculture before being accepted by the mainstream audience. Suddenly, what society viewed as unacceptable becomes more acceptable, or vice versa, with each passing generation.

For example, slavery and Jim Crow was once acceptable. The belief that blacks were inferior was handed down through generations until the civil rights movement of the 1960s watered it down, but today it’s unacceptable to view minorities as anything less than equal.

The same phenomenon is happening with gay rights now. While gay lifestyles and marriage is still not widely accepted, it nevertheless is gaining ground. It’s no longer as taboo as it was even 10 years ago.

Ultimately, the values we pass down to future generations really are on a more personal level, because those beliefs we hold in our own homes today are based on those handed down by our grandparents and great-grandparents. Right or wrong, we value the same thoughts and beliefs our ancestors did, and we pass those down to our children.

The changes we all seek in society begins with us making changes in the home, and those changes must include teaching our children that other races, ethnicities, and cultures are no different than ourselves.