Why Do Minorities & The Poor Perceive The GOP As Racist & Uncaring? 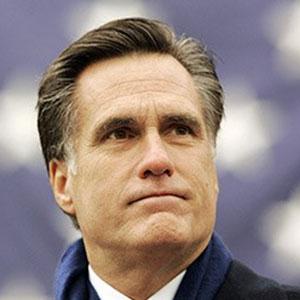 Labeling all Republicans as racist is ridiculous. However, as the presidential election draws closer, the lack of concern for the poor, and what some believe are racist remarks appear to increase with each passing day. Photo Credit: Public Domain

Republicans are racist. They’re uncaring about the poor and they’re greedy. If you read enough blogs, email forwards and biased news reports it’s easy to come away with this perception about the Grand Old Party of Abe Lincoln. But the rule of thumb is to be careful about generalizations.

Racism and prejudice flourish whenever we lump all people of a certain race, religion, or political bent under one banner. There are variations in every arena. It’s just that sometimes the worst element of a demographic often speaks for the whole.

That is perhaps the case with the Republican Party. More and more radical Tea Party and ultra conservative factions speak for the whole while the middle of the road conservatives remain silent.

It’s these factions with their veiled racist remarks and draconian tax cutting proposals that affect the poor and middle class that gives credence to the uncaring racist label.

In fact, GOP policies give Democrats the opportunity to make this argument says, Stephen Farnsworth, professor of political science and international affairs at the University of Mary Washington in Virginia. He says the biggest issue in this election cycle is all the rules designed to make it tougher for blacks and poor people to vote. Rules, like asking for government issued photo IDs before being allowed to vote, that Attorney General Eric Holder likened to a poll tax.

“This is going to have a disproportionate impact on African American voters, on Latino voters, and on voters who do not have cars and can’t easily get to a government office to get the required ID,” Farnsworth says. “It creates an image of the Republican Party that is not particularly friendly to working class voters.”

Farnsworth adds that Republican presidential candidate Mitt Romney has also made plenty of gaffes in trying to connect with this constituency. His talk of the number of homes and cars his family has and other images of affluence he projects, sends the message that he does live in a different world than the common man.

However, Romney’s visit to the NAACP did show that he is at least open to meeting with African Americans on the issues, Farnsworth says.

“What Romney’s appearance does is suggest to swing voters, and moderate voters that he is at least open to dialoguing with African Americans,” Farnsworth adds.