Race Relations In Major Metro Cities: How Far Have We Really Come? 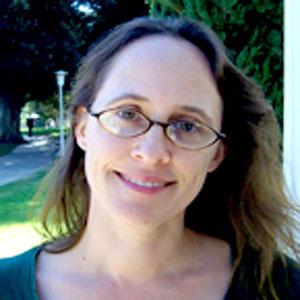 One perception is that people view race relations in major cities as better than in small communities. The common wisdom is that in larger cities people become more accepting of those from different nationalities.

But the opposite also holds true. People can distance themselves easier in a larger city because neighborhoods and enclaves are often set up along racial boundaries. A person of another race crossing those lines might appear as foreign, as if they have come from another planet. Or worse, as in the Trayvon Martin case.

The black Florida teen was shot and killed by a half white, half Mexican American neighborhood watchman because he looked suspicious being in an affluent neighborhood.

When Jennifer Tilton, a white, Associate Professor, Race & Ethnic Studies at University of Redlands and author, visited Chicago and walked through a predominately black neighborhood police stopped her. They presumed she was there to buy drugs, Tilton says.

“I got stopped by other white people as I walked down the street in a black neighborhood because they were worried about me,” she says. “That tells you how stark the lines sometimes are.”
Tilton says the state of race relations in major cities depends on what region of the country you’re in.

For example, Oakland is considered a historically black city but is really multicultural and quite liberal.

“In historically liberal cities like that white folks are very conscious of not being racist,” Tilton says. “That doesn’t change the fact there are huge divides underground across the geography of that city by race.”

Tilton says the same holds true in her native San Francisco. She doesn’t remember much if any disparaging remarks about race by whites while growing up there. And that’s increasingly common in most cities.

When we think of cities with bad race relations, it’s often believed they mostly exist in the south. But in northern and Midwestern cities like Chicago, the racial lines are often harder and more visible.

Tilton adds, “I’ve learned there are complicated histories that have to do with how race was built into the geography of northern and Midwestern cities because of red lining and de facto segregation.”