The 2012 Presidential Election, Race Relations, And A Recovering Economy 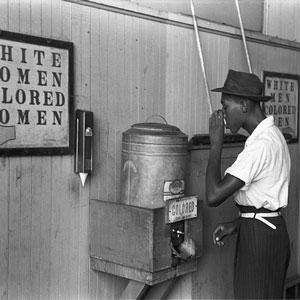 How far have we really come in recent decades to overcome racism? Photo Credit: Wikipedia

With the election of President Barack Obama, there are many of us who would like to believe that race and interracial issues are no longer a major problem in this country. But if we just look around us, we would witness incidents almost on a daily basis that whisper or scream to us that bigotry, prejudice, and racism are not just alive and well, but thriving.

The state of race relations in America is much like the state of our economy, both suffering from an episodic illness that could become chronic, and if left untreated, fatal. They also seem to be inextricably linked. Race Relations is always an issue, whether talked about or not; and some aspect of the economy seems to always face a challenge.

The problem is that when one gets worse, so does the other. The economy turns bad, race relations deteriorates. Evidence abounds. One has only to look at unemployment rates, the ability to get into college, the ability to get a personal loan or business loan. If it is bad for whites, it is worse for minorities — almost across all economic and quality of life indicators.

In some communities, the racial tension that is present is palpable. We are seeing more instances of racial confrontations in our schools, in our neighborhoods. Racial graffiti and racial slurs have become commonplace. Unfortunately, such incidents are not confined to age, location, or socio-economic class.

Hints that race relations, like the economy, is still ailing is visible in the dialogue taking place in the Presidential debates. One has only to look at how the candidates are dealing or failing to deal with immigration, poverty, and issues of equal access.

During tough economic times and a politically divisive and polarized environment, it becomes increasingly difficult to spend time and energy to better understand our differences, take time to celebrate what we hold in common and what binds us as human beings. Until we do, we will never make lasting progress on those daily issues that divide us or the real issues that threaten our very existence.

One has only to drive through communities, neighborhoods, and look in the market place to determine what lasting, and important changes have occurred.

Silence, denial, and fear are the real enemy in tackling those issues and matters around race that we face. What a shame because it need not be if we could just let go of those false comfort zones of separateness, and notions of superiority that impede progress in the political debates and in our efforts to move beyond race.