Despite The Election Of A Black Man As President, America Is Not A Post-Racial Society 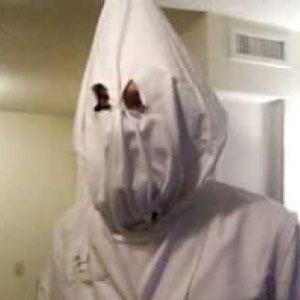 A white junior attending Utah’s Alta High School, donned what appeared to be a Ku Klux Klan hood, which had holes for his eyes during a school spirit rally. Photo Credit: remusicas.org

A group of white Mississippi teens caught on video beating a black man before killing him by running over him with a pickup truck. This sounds more like a headline from the 1960s when racial incidents such as these were commonplace, rather than from today‘s newspapers.

It’s ironic that this recent racial incident fairly coincides with the movie release of “The Help.” The movie, based on book by Kathryn Stockett, chronicles the plight of black maids, “the help,” who weathered racial abuse and discrimination in 1960s Jackson, Mississippi. The fact that Deryl Demond, John Rice, and five of their white friends killed James Anderson, a 49-year-old black autoworker on June 26th in Jackson, Mississippi of this year, might seem as if we’ve made little racial progress in 40 years.

We’ve elected our first black president and blacks have more equal rights and opportunities than they did 40 years ago. However, racism overt and covert still exists. It doesn’t just exist in some backwater small towns, but in our major metro cities as well. The Jackson, Mississippi incident isn’t the only evidence that we’re far from a post racial society. The youth that we pinned a better racial future on has been affected too.

The US Department of Justice recently investigated an incident at a Utah high school where during a school spirit rally, a student reportedly put on a white KKK hood. In another high school in California, students were suspended earlier this year for writing racist graffiti and making a white supremacy gesture during a senior class picture session. 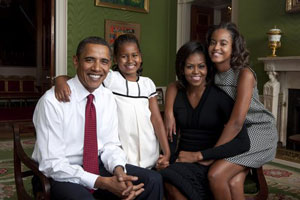 In some arenas, racism has become a memory. Crude racial jokes and cartoons about our first black president, such as the one in which he’s made to look like a witch doctor and his wife a gorilla, populate the internet and email message boxes of anyone who clicks receive.

Dr. Joyce Morley is a widely recognized consultant, speaker, author, and founder of Morley & Associates, a nationally known consulting, training and psychotherapy services based in Decatur, Georgia. As a consultant for businesses, organizations, and educational institutions, she has appeared on CNN, Ebony magazine, as well as other news shows and publications.

Morley says racism has been alive, but has remained pretty much dormant over the years. The election of Barack Obama as president may have awakened those once sleeping feelings. “I think over the years, people of the larger persuasion believed that as time went on they had nothing to fear and so when people are not fearful they are more accepting,” Morley says. “But once Obama became president it was almost as if there was a [message to] go get all the black folks, [and] get them out of the way card.”

Morley says many, but not all whites such as members of the Tea Party would go as far as to see the country fail rather than see a black man succeed as president. She adds that there are people who exploit the fears of the disenfranchised and poor with hate filled rhetoric. “People looking for salvation and hope are easy to lead astray,” Morley says.

One possible solution to the problem of racism is to become culturally competent, people should not believe in the racial hype and propaganda, rather admit to your feelings, and get to know people who are different from yourself. “It doesn’t necessarily mean you’re racist, but if you’re racist are you willing to say you are, and to say you want to do something about it?” Morley asks.

A utopian post racial society that once seemed within our grasp is still out of reach.

It not only disappoints me that crimes such as the James Anderson case still occur, it outrages me. So many people like to think we've come so far, but with crimes like this still happening, I don't know if I can honestly say we have. The even more silencing thought is that this is not the only case like this. There are still a large number of hate crimes occurring everywhere around our country.

With the election of Barack Obama, I've seen a lot of mixed opinions. Many people like to say something along the lines of, "Look! Here's our proof. A black president was elected so that MUST mean we are a post-racial society." A few scattered others refused to vote for him because of his skin color. And a majority of people (in my experience, a rather large majority), are perhaps overcritical of his work as president because of his ethnicity. There's an uncountable number of media ads slaughtering him because he's black. Is this really what our society as come to? It's hard to me to even think of this as progress because of the hateful messages media's sending out. Sure, the N-word is taboo, but that hasn't stopped me from hearing it. Instead of saying it out load, people whisper it to their close friends within their own confines. This is not progress whatsoever. This is still the same hate that was experienced 40, 50, 60 years ago.

Theirs this theory of Post-Racial America that has been said ever since Barack Obama got elected to office. Though still our president is black racism still goes on today. Regardless of what you see many people hide their feelings instead of asking and talking about it. Racism is still in this country and though still its a shame, this country doesn't want to talk about it and just hide it. Theirs still a lot we need to do and our generation is sleeping.

If we dont learn from the past we are doomed to repeat it.

It really does sadden me that crimes like these still occur in modern-day society. America is supposed to be filled with the acceptance of diversity and is something that we should take pride in. Hate crimes, whether small scale or large scale, are still so dominant today. With regards to what Morley said about Obama's election as president being a "free card", I semi-agree with that statement. I do believe that after Obama's election it led to a lot of racial outbursts and feelings, but I do not believe that it should be a way to attempt to get all of the black folks out. I think that was a bit too strong of a statement, that may not render truth to the American society. Hopefully after all of the outbursts and hate crimes, we as a society can learn from the mistakes and keep growing. It really is about just attempting to take the time to understand the problems that are going on today.