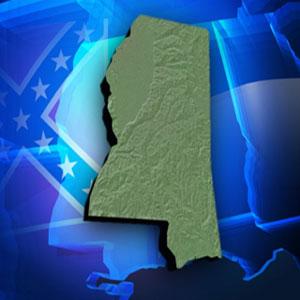 JACKSON, Miss. (AP) — Three federal judges say they won't redraw Mississippi's legislative districts or order the state to hold a new round of elections in 2013.

The order came Monday in a lawsuit that the state chapter of the NAACP had filed earlier to challenge state House and Senate redistricting.

Legislative maps have to be updated once a decade to account for population changes, giving more seats to heavily populated areas and taking seats away from areas that have lost residents. Lawmakers' first chance to update after the 2010 Census came in 2011, but those efforts failed because the Democratic-controlled House and the Republican-controlled Senate couldn't agree on a plan.

Current lawmakers were elected in November 2011 in districts that were drawn after the 2000 Census, and Republicans won control of both chambers. The 52 senators and 122 House members are chosen for four-year terms.

The House and Senate approved updated district lines earlier this year to account for changes revealed by the 2010 Census. Because of Mississippi's history of racial discrimination, it's required to get federal approval for any changes in election laws or procedures. In September, the U.S. Justice Department approved those maps but said people or groups could still challenge the redrawn lines in court.

In October, the Mississippi chapter of the National Association for the Advancement of Colored People asked a panel of three federal judges to redraw the districts and order a new round of elections in 2013. That request was denied by Judge E. Grady Jolly of the 5th U.S. Circuit Court of Appeals and U.S. District Judges Tom S. Lee and Louis Guirola Jr.

Carroll Rhodes, the attorney representing the NAACP in the case, did not immediately return calls for comment Monday and it was not clear whether he would appeal the judges' ruling. The lawsuit had argued that legislators currently are serving in "grossly malapportioned districts" that violate the principle of one-person, one-vote.

The NAACP says in its lawsuit that the redistricting plans legislators approved in 2012 contain fewer majority-black districts than those the NAACP proposed in 2011.

Secretary of State Delbert Hosemann, a Republican who's the state's top elections official, praised the judges' ruling, saying it heads off the need for a "costly special election."

"It has always been my position the Mississippi Legislature should be able to redistrict itself and not the federal courts," Hosemann said.

Republican Lt. Gov. Tate Reeves, who presides over the Senate, said the Senate map is fair and was approved "with overwhelming bipartisan support."

"Today's ruling was a victory for taxpayers, who believe in fair elections," Reeves said in a statement Monday.

The Senate approved its map on a 46-5 vote May 2, with one Democrat absent. The map has 15 majority-black Senate districts, or 29 percent. When federal judges drew the Senate map a decade ago, it had 12 majority-black seats, or 23 percent. Between 2000 and 2010, population changes resulted in one more district becoming majority black, bringing the total to 13 seats, or 25 percent, as legislators embarked on drawing new maps.

House members voted 70-49 for their chamber's plan on April 26, with 63 Republicans and seven Democrats supporting it. The House plan increases the number of districts with a majority-black voting age population from 41 to 42. That's 34 percent of House districts.