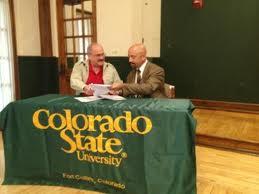 This time, however, they're the party in power, and such a proposal stands a far better chance of becoming law.

Also, with their new advantage, Democrats can shape a tuition plan to their liking as opposed to presenting a more limited pitch in the hope that it wouldn't be shot down outright by their Republican rivals.

In the aftermath of last week's elections, Democrats went from a one-vote minority in the House to a comfortable 37-28 majority, and the party maintained control of the Senate.

The last two years, House Republicans defeated illegal immigrant tuition plans. One such plan would have created a special rate for illegal immigrant students higher than that paid by legal state residents, but lower than what out-of-state students pay.

Given the new balance of power at the Capitol, however, Democrats aim to fashion a bill that goes further than what they were trying to sell Republicans as the minority party.

"I think the thought process was to try to build a bipartisan coalition to get the bill passed," Democratic Rep. Crisanta Duran said Friday, after speaking to a cheering crowd of students and Latino community leaders at an alternative Denver public school for Hispanics.

"We're still looking forward to working with Republicans to get Republican votes on it," she said. "But I think the bill needs to be much more substantive."

Duran said she was still working on the bill and could not yet provide specifics.

Democrats have argued that illegal immigrants who graduate from Colorado high schools shouldn't have to pay the out-of-state tuition rate, which could sometimes be more than three times higher than the resident rate.

"I implore the system, our wonderful government to please hear us, to see our faces that we are also American," said Ana Calderon, 20, who would benefit from the lower tuition rate.

Republicans have argued that lawmakers need to be careful that legislation does not use tax dollars to benefit illegal immigrants over U.S. citizens, and that the federal government should take the lead in reforming immigration laws.

Democratic U.S. Sen. Mark Udall told the students at the Denver school that he would make immigration reform, and passage of the federal Dream Act, a priority. He said Latinos made a statement with their votes this week "that the president and Democrats were trusted on immigration and education."

"If you want to boil down to statistics, look at the Latino vote on Tuesday. Look at the percentage of that vote to the president," Udall said.

Latinos overwhelmingly supported President Barack Obama. About 7 in 10 Hispanic voters nationally supported the president on his path to re-election, according to exit polling conducted by Edison Research for The Associated Press and television networks.

In Colorado, about three-fourths of Latino voters went for Obama, according to the data. It marked an increase from 2008 when about 6 in 10 Hispanic voters backed the president.

Latino voters accounted for about 15 percent of the electorate in Colorado.

Arvada Republican Rep. Libby Szabo said it was too soon to tell whether her party would support the tuition legislation.

"One thing I learned in my first legislative session is that I don't comment on anything I have not seen," she said.

Szabo, who was elected to be her party's assistant House minority leader Thursday, made her gender and her Latino background part of her pitch for the leadership post, saying, "I am a woman Latino, and I think it would speak big if we didn't just talk about reaching out to them, but we said we are going to put someone in leadership who is actually one of them."