This Fourth Of July Do More Than Celebrate 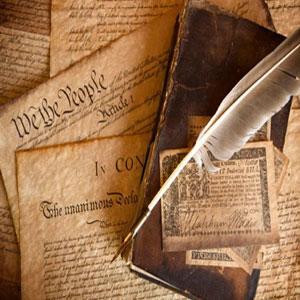 The Declaration of Independence is the foundation on which this nation was built, and it is our duty to create an equal society because of our different races, ethnicities, and cultures, not in spite of them. Photo Credit: peterbroderick.com

As we prepare to celebrate the birth of our nation, we should give serious thought about the forces that could bring about its demise, and what we need to do to keep America strong.

It is not Al Qaeda and other foreign mad men who no doubt are plotting the next act of terror against America that pose the greatest threats. It is not Iran, North Korea, or some other nation that is stockpiling its nuclear arsenal.

Rather, the greatest threats to a safe, free, and healthy America are of our own making. We have seen the signs for some time now.

As we prepare to commemorate this Independence Day celebration, we should revisit the principles and privileges outlined in the Declaration of Independence and recommit ourselves to practice their fullest meaning in our daily lives. When we don’t, we fail to take advantage of the opportunities that come with being an American, a citizen in whatever city, community, or hamlet you may live.

Pause a moment and ask, “What does the Fourth of July celebration mean to me?” When I look around and take inventory, “What does it mean in my city, my community, my neighborhood?”

The Fourth of July celebration should be a time for each of us to take inventory of the political direction of our country, our city, our community. Dispense with the partisan spin and misrepresentations. Rather, ask: Are we making progress ideologically or have we abandoned our ideals? Are we moving forward, standing still, or loosing ground?

We need to not only ask some questions, but indeed answer them: Is America on a collision course because of selfish partisan interest? Is there still an environment of equal opportunity for all? Are all of its citizens afforded dignity, respect, equal access, and equal treatment under all of the laws of the land?

Is there evidence in your community that the American dream is alive and well? If not, why not? And more importantly, what can be done to change it? 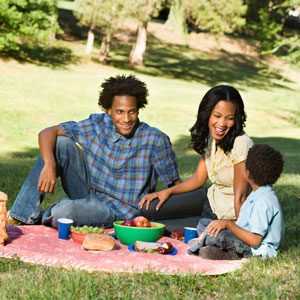 As we pause from work and gather with family and friends, perhaps discussing these questions could stimulate and inspire us to revisit the true meaning of the Constitution, the Bill of Rights, and all of the amendments in between. Let meaningful dialogue punctuate — it doesn’t need to replace, but rather just be a part of — the commercialism that usually competes for center stage. Fireworks, T-shirts, and other memorabilia have their place. But the true meaning of Independence Day is in need of careful examination and reflection.

Amid all the pomp, picnics, and fanfare, ponder for a moment what it means to be an American, an African-American, an Hispanic American, an Asian American — whatever your racial and ethnic origin. You might examine whether you, as an individual, as a member of this melting pot, are truly giving and living, ensuring and enjoying, providing and partaking of all the opportunities this rich land affords?

If not, why not? Where does the responsibility, or lack thereof, lie? What is your role in it all? We often feel that we cannot do anything or if we do, it won’t make a difference anyway — an attitude we must change.

Could it be that too often we fail to exercise one of the greatest, most powerful rights we as Americans have — speaking up and speaking out?

Speaking out still gets results. Whether in America, your city or community, needed changes did not come about through silence. Nor did needed changes occur as a result of complacency, apathy, or complaining without action. Whatever gains have been made, at the national, state, or local level, have often been as a result of many people being willing and courageous enough to speak out, and get involved, when it counted.

Yet too many of us choose to remain silent about the things we see, the things we experience, the things we encounter. Our silence is often born out of fear of reprisal or feelings of frustration because we are not sure how or where we should make our observations known.

Imagine where America would be, or would there be an America, had George Washington, Thomas Jefferson, John Adams, and Thomas Payne, decided not to speak out against religious persecution, and taxation without representation? 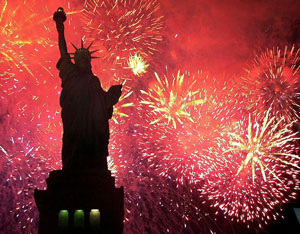 Imagine where African-Americans would be in this country had it not been for Frederick Douglas, Harriet Tubman, Sojourner Truth, W.E.B. DuBois, Thurgood Marshall, Martin Luther King, Jr., and countless others who spoke out and risked their lives in order for blacks to have access to schools and higher institutions of learning, public accommodations, jobs.

There is a meaningful way to celebrate the Fourth of July holiday, and every day. Pause a bit and rededicate yourself to the great ideals and values upon which this nation was founded. There are important social, economic, and political issues all around that will impact you, your children, your children’s children.

The future of America is dependent upon each of us to not just enjoy the privileges that being an American affords, but caring enough to do our part in protecting those values that made and will continue to make America great.

America needs each of us. And, she needs us, now.