More Debtors Going To Prison: The Rise Of Oppressive Capitalism In America 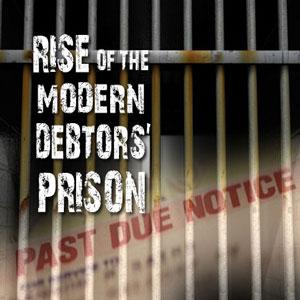 Collection agencies now use the legal system to jail people who cannot or do not pay their debts, and the courts in one-third of the United States allow this practice to recoup the money. And in some states, such as Florida, also allows a 40 percent penalty fee to be included on the amount owed. Photo Credit: kctv5.com

How prevalent is the practice of putting American citizens in jail for not being able to pay their debt? It is a practice, the prevalence of which is worth examining especially in these economically challenging times. Not doing so is to allow a practice found in a more uncivilized society to tarnish how the American ideal of capitalism and individual rights should work together for the common good.

About six month ago, the Wall Street Journal (WSJ) reported that in more than a third of the states borrowers unable, or who simply do not pay their debts are sent to jail. It is one thing for those who are able to pay to be sent to jail for not paying their debts, it is quite another to send someone to jail if they have lost their job, who are not working at all, or for substantially-less wages.

The national statistics show that the practice of jailing debtors has increased since the onset of the financial crisis during the past several years. Many states allow this even though the Supreme Court ruled back in 1983 that such practice is illegal and a violation of an American citizen’s Fourteenth Amendment Rights. It appears that aggressive collection agencies are finding loopholes to drag the often unsuspecting, unemployed, or underemployed into court — an appearance that sometimes results in the debtor going to jail.

According to another report in the WSJ, while some states are trying to stop the practice of borrowers actually being put in jail, the threat of arrest continues to surge.

How is it that this increasing trend is not getting more attention in the political debates on the economy this election year, by any candidates for elective office — either at the local, state, or national level? Is it a matter of the burden of the little guy once again getting ignored or subjugated to the benefit of the “system” or powerful capitalist?

Who would you guess is most frequently dragged into court for being unable to pay a debt? Yes, the unemployed, the working poor, most of whom are minorities, already downtrodden, and carrying a disproportionate burden in trying to realize some elements of the American dream.

It also begs the question, what is the point of jailing the debtor? How will that improve the prospect of the repaying the creditor? Furthermore, what sense does it make for creditors to condone or allow the vigilante tactics of unscrupulous collection agencies? Do these tactics make free enterprise work? 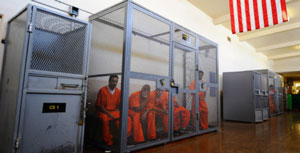 Fortunately, there are some states that require collection agencies to prove that debtors have willfully not paid and ignored written notifications of a lawsuit for a debt or make an appearance in court. The Federal Trade Commission is also taking legal actions of their own based on the hundreds of thousands of complaints received annually against collection agencies, and filing suits of their own.

But, isn’t putting poor, under or unemployed people in jail a moral and ethical question worthy of attention in the political debates on the state of the nation’s economy? Frankly, isn’t it un-American not to do so?

Where is the plight of the poor and downtrodden on the list of priorities for any candidate vying to lead — at the national, state, or local level? Whose interests do they serve?

While some borrowers may be guilty of being slick or derelict when it comes to honoring their commitment to pay their debts, most struggling Americans are hard working and honest, doing all they can during this protracted economic downturn.

Elected officials, and those aspiring to become leaders, need to take a stand on this one.