Acts Of Kindness Throughout The Year 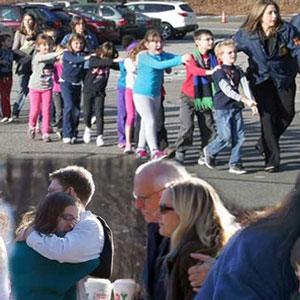 The Sandy Hook massacre of 26 students and staff revealed that shooter Adam Lanza was a “deeply disturbed kid. He certainly had major issues. He was subject to outbursts from what I recall," according to the New York Daily News, Classmates and family friends recall him as weird and quiet, but smart and disturbed. Photo Credit: New York Daily News

The holidays are over and the annual sensitivity about the various religious and ethnic holidays and other trappings of the season are laid to rest for 12 more months. This year, however, Kwanzaa took on a special challenge, not one usually heard amid the religious/ethnic chatter. Josh Feldman, writing in the online publication, Media-ite, describes the controversy where CNN’S Ashleigh Banfield and Roland Martin Tear into a State Senator that seemed to be on an Anti-Kwanzaa Crusade. Apparently, Wisconsin’s Glenn Grothman has some strong views about Kwanzaa. He boldly asserted that “no black people today care” about it any longer.

He went even further out on the limb of anti-liberal sentiment when he said that only “white left-wingers” cared about it.

Perhaps when the 2013 holiday season rolls around, we Americans can concentrate on something more positive than the annual and predictable battles about words. Perhaps each of us, quietly and simply, could commit to the values Karenga espoused. Or, perhaps we could continue the tradition newscaster Ann Curry seems to have started in a thoughtful tweet following the Sandy Hook tragedy in Newtown, Connecticut. She suggested we engage in 26 Acts of Kindness, to remember each of the 26 victims killed just before the 2012 holiday season began. Curry replied to the many who endorsed the effort, “You are in charge of this wave now.”

Unfortunately, Sandy Hook and other tragedies are not likely to end anytime soon. They cause especially grievous tears in our collective hearts when they occur during the season of peace, joy, and goodwill toward our fellow man. The Christmas Eve killing of two volunteer firefighters in Webster, New York, is yet another reminder of the fact that goodwill is simply not a trait shared by every American. Another fact, however, is clear. In times of tragedy, Americans care about their fellow Americans. The Webster tragedy spurred generous acts, stranger to stranger. For example, members of the Nassau County Firefighters Pipes and Drums Corps received free plane tickets on JetBlue to travel to Webster for the funeral services. When they got there, each received $400 in donated gift cards.

Yes, it is important to express a point of view about manger scenes or Christmas trees during the holidays. But more important perhaps, is to use actions rather than words, to illustrate the real meaning of the holiday season throughout the year.