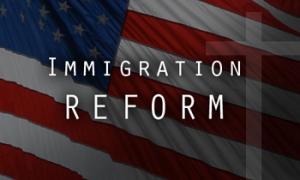 Immigration reform efforts have come to a standstill in the Republican controlled U. S. Congress. Photo Credit: austincnm.com

Republicans play politics with Immigration Reform and Texas, and it could be an example of what could occur in other states with illegal immigration challenges as the 2014 mid-term elections approach. Immigration reform has come to a standstill in the Republican control U. S. Congress.

Texas Republicans are taking hard-line stances on immigration ahead of the March 4 primary elections to win support from the party's base, while Democrats are hoping those policies will convince more Hispanics to vote for them.

Candidates for Texas governor, lieutenant governor and attorney general responded to an Associated Press questionnaire on the subject, their answers highlighting a growing philosophical rift between Texas Republicans and the national party's more moderate policies intended to attract more minorities.

But campaign consultants say illegal immigration is a top issue for Republican voters in Texas, who want their candidates to implement tough policies, including placing state police on the border. Candidates are distancing themselves from past policies that Gov. Rick Perry once defended, such as in-state tuition for the children of immigrants in the country illegally, and taking a far more militant approach. 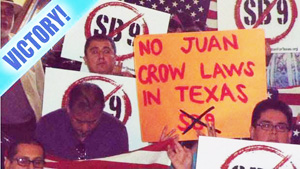 On the Democratic side, gubernatorial hopeful and state Sen. Wendy Davis blames the Republican-controlled U.S. House for not approving proposed new immigration laws.

"We must continue to support current border security efforts and ensure that border law enforcement have the statutory tools and financial resources needed," she said, noting that she co-authored legislation last year to provide grants to help local prosecutors along the border crack down on drug and human trafficking.

But GOP candidates for lieutenant governor expressly touted their views on cracking down on illegal border crossings. Houston Sen. Dan Patrick introduced legislation to forbid cities from deprioritizing immigration law enforcement. "Law enforcement should be able to ask if a person is here illegally if they have probable cause to believe they may be," he said.

Democratic candidate for lieutenant governor Leticia Van de Putte rejected proposals to involve local law enforcement in enforcing federal law. "Police chiefs and law enforcement officials around the state were outspoken in their collective opposition to legislation that would require them to enforce federal immigration laws," said Van de Putte, the only Hispanic running for one of the top three offices.

All the Republicans, though, supported requiring local police to enforce immigration laws. Republican attorney general candidate Ken Paxton said he supports only checking the immigration status of those arrested for other crimes. Barry Smitherman, another Republican candidate for attorney general, was alone in supporting state police-operated immigration checkpoints. "his is one method law enforcement should be able to use to catch those that are already in our country illegally," Smitherman said. 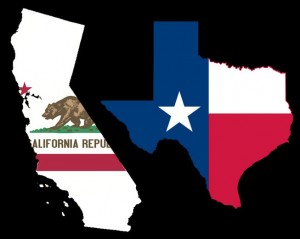 Sam Houston, the sole Democrat running for attorney general, joined other Democrats in warning against involving local police for fear of racial profiling and discouraging immigrants from reporting crimes. "I believe, as a practical matter, this is a costly and an inefficient use of Texas funds," he said. "It creates logistical chaos, can be confusing to law enforcement and will be ineffective if the federal agencies who would be contacted decline to take action."

Attorney general hopeful Dan Branch and lieutenant governor candidate Todd Staples chose to issue statements rather than answer questions. Other Republicans have blasted Staples for his past support for driver's licenses for immigrants in the country illegally and in-state college tuition for their children, two policies that all the Democratic candidates support but that he now opposes.

Jerry Patterson, also a Republican running for lieutenant governor, was alone in calling for a guest-worker program to bring laborers to Texas called the "Texas Solution."

"At the 2012 State Republican Convention, over 8,000 delegates overwhelmingly adopted the Texas Solution and moved our party from being the party that is simply against something, to the party that has a bold, common-sense solution for our country's immigration problems," Patterson said.

All the candidates supported requirements that companies check to make sure employees are legally authorized to work in the United States, but while Republicans supported using the federal E-verify system, Democrats said it has too many bugs.