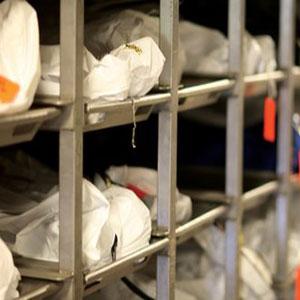 Robin Reineke and forensic anthropologist, Bruce Anderson, set up the project in 2006 to solve "cold cases" of unidentified migrant bodies. In 2012 alone, 150 bodies of migrants were discovered - 66 of these remain unidentified. They have records for over 1,300 missing migrants last seen crossing the US-Mexico border and the project was recently able to upload all missing migrant cases into the US Department of Justice website. Photo Credit: bbc.co.uk

As Congress struggles with immigration reform, a new report finds that migration deaths in southern Arizona continue to rise despite the decrease in unauthorized border-wide crossings. Looking at more than 2,200 human remains of “unauthorized illegal immigration attempts to cross the borders” in southern Arizona since 1990, the report further details the fluctuations of the numbers over time as border enforcement strategies change.

In the June 5 report, A Continued Humanitarian Crisis at the Border: Undocumented Border Crosser Deaths Recorded by the Pima County Office of the Medical Examiner, 1990-2012, comes from lead researchers at the University of Arizona, in Tucson’s Binational Migration Institute, and the Pima County Medical Examiner. Researchers using an interdisciplinary approach to tap into Sociology, Cultural, Forensic Anthropology, Mexican American Studies, and Pathology from other institutions.

According to UA’s Binational Migration Institute, “Arizona has the most active migratory transit, highly militarized, and the most deadly border area in the U.S.”

"Although unauthorized migration flows are near 20-year lows in the Tucson sector, the number of deaths did not decrease substantially, rather it remains near peak highs in the region,” said Daniel E. Martínez, the study's lead author and an assistant professor of sociology at The George Washington University. “The ongoing death rate is concerning, especially considering the increase in migrant deaths and death rates in other areas of the border such as South Texas."

According to data from more than 2,200 human remains examined by the PCOME and believed undocumented border crossers, or UBCs, the report finds the "death rate," (the number of deaths per 100,000 Border Patrol apprehensions) increased exponentially in the Border Patrol's busy Tucson sector since the early 2000s. In fact, deaths during migration into Southern Arizona have not decreased despite the overall decrease in unauthorized migration border-wide, with the rate of migrant deaths per 100,000 in 2011 reaching nearly double the rate it was in 2009.

Researchers found that migrant human remains from countries other than Mexico – mostly Central Americans – increased from 9 percent of all deaths between 2000-05, to17 percent in between 2006-12. 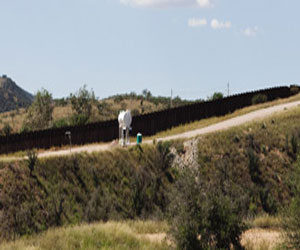 "These are young people in the prime of life," said Bruce Anderson, co-author of the report and forensic anthropologist at the Pima County Office of the Medical Examiner. "They are impoverished people coming here in the hopes of supporting their families (and those family traditions passed down for centuries.")

The new report updates earlier findings published by the Binational Migration Institute in 2006.

"We never imagined that we would have to update our work," said Raquel Rubio-Goldsmith, Coordinator of the Binational Migration Institute and a professor in the University of Arizona, Department of Mexican American Studies.