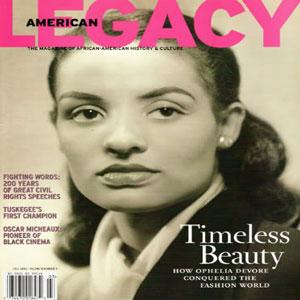 Emory University will soon serve as the historic home of the life and times of cultural icon, Ophelia DeVore, every bit the female equivalent of noted Renaissance man Paul Robeson.

In terms of serving as both a source of elegant inspiration and dogged determination, DeVore, more or less, owned the 20th century. Her career spanned some six decades, ranging from the worlds of modeling to business owner to newspaper publisher. As part of her ultimate plan to smash stereotypes and empower women, she even once opened a charm school, all with a nod toward teaching black women how best to present and carry themselves.

“I think one of my greatest accomplishments was trying to change the image of people of color," DeVore, now 91, recently told The Associated Press from her New York City home. "I didn't wait for somebody to make a plan for me or a roadmap for me. I did it for myself." And, as a direct result of that, countless others.

With ancestry that included German, French, Native American, and African-American roots, DeVore's light skin often led people to mistake her for white. That only served to give her a stronger sense of self-identity, making her work that much harder to control the way people saw her, regardless of which of her professional hats she was wearing at that moment.

She viewed modeling, both for herself, and the many young women she helped mentor, not necessarily as a career, but as a vehicle to present a positive image. That, in turn, motivated her to launch her first charm school in 1948, which she built on the platform of helping young black women develop the skills needed to reach their wide-ranging professional goals. She then created a consulting firm that further targeted those same demographics.

"The image of the model was always well-groomed, good posture, good wardrobe, good etiquette," DeVore's son, James Carter, said of print advertisements in the 1930s and 1940s. "And the stereotypical perception of people of color was lacking all of those refinements, and my mother felt that through advertising and through the modeling profession you could create a more positive image."

Along the way, the young starlets and stars she came to mentor grew to be as impressive as business acumen. Her modeling agency helped launch the early careers of such black celebrities as actresses’ Diahann Carroll and Cicely Tyson, model Helen Williams and actor Richard Roundtree. 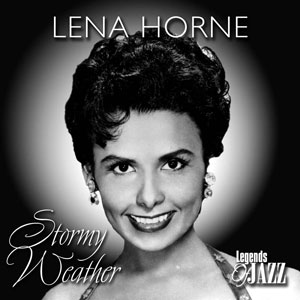 Among the papers to be featured in her Emory collection are telegrams sent to her from singers Lena Horne and Cab Calloway. "It is true that you knew how beautiful black can be before the concept became commercial," Horne wrote. "More significantly, you did something about it. You have not only helped to develop a galaxy of stars of entertainment and communication as well as other fields, you have helped to enhance and enrich the lives of thousands of not-so-well-known persons who I am sure are grateful."

Calloway wrote: "Your contribution in developing resources and skills among our young people has produced many fine artists and has made us all aware and proud of our wonderful heritage."

Ophelia DeVore was born in 1922, in South Carolina, where she grew up with nine siblings. She moved to New York during middle school, but always carried with her the lesson taught by her mother that people of color were beautiful.

She soon grew to travel the world for modeling and other business projects and in 1985, her penchant for organizing and documenting led President Ronald Reagan to appoint her to the John F. Kennedy Center Committee on the Arts.

"When people ask my mother about her career she could visually show them the historical trail of what she’s done and the people who were involved with it," son James Carter said. "She was always a stickler for keeping written as well photographic records."

It makes me happy that they are putting things in her name at a famous college. She did a lot for women and colored people. She did things for women that they were not going to do without her at that time. I feel she deserves this type of reward.