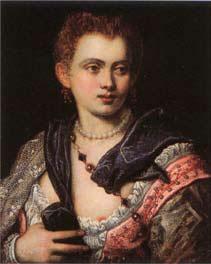 Veronica Franco, an intellectual courtesan, received an education equal to or better than many of the men in her time.

The culture of Italy is one that dates back thousands of years, and whose influence is seen in many parts of western civilization, including art, food, science, and faith. The Italy of today is fairly new however, as the country was only unified under a single government in 1861. But the Italian way of life remains as rich today as it ever was, and Italy boasts some of the most unique culture on Earth.

Italy is home to more UNESCO World Heritage Sites than any other country, with 44 sites designated as universally valuable to mankind.

In order to make the list as a site, a place must meet the criteria set forth by UNESCO before final approval by the committee.

As discussed in the June 2010 Sticky Wicket, Italy is a largely patriarchal society. From the very beginning of the Empire until the 20th Century, women, including those in higher social positions, did not receive equal treatment, due to a lack of education.

However, some notable exceptions to this include Veronica Franco. Franco, a cortigiana onesta, or intellectual courtesan, received an education equal to or better than many of the men in her time. In fact, her superior intellect, and her poetry drew the scorn of the Catholic Church, which resulted in her being brought before the Inquisition on charges of witchcraft. However, she used her intellect to defend herself and even received a finding of innocence.

As someone who grew in an Italian-American family, the patriarchal hierarchy is often only an outward appearance. As Lainie Kazan’s character in “My Big Fat Greek Wedding” said, “The man is the head, but the woman is the neck, and she can turn the head any way she wants.”

Though we are not talking about Greeks, I remember the women of my family conveying a similar sentiment. My mother and grandmother used to say “Just tell them what they want to hear and then do what you want.” Further, Italy’s Prime Minister Silvio Berlusconi has in the past made comments that would be considered sexist by American standards, but didn’t draw as much heat in Italy.

Not Just In Italy

The Italian ethnic group is a group of people that share a common culture and language, but thanks to an expanding diaspora over the centuries, more than 70 million people of Italian heritage live outside of Italy according to the Italian government. There are large Italian communities in South America and Northern Africa, where there was extensive Italian colonization, the United States, and Canada.

Beginning at the end of the 19th Century and well into the mid 1900’s, America became the major destination for Italian immigrants. Those immigrants settled into places such as Philadelphia, Chicago, New York, and Boston, where there are still large Italian-American communities today.

The Language of Romance

The Italian language has a heavy origin in Latin. Spoken by more than 70 million people around the world, it is one of the four official languages of Switzerland as well as the official Language of Vatican City.

The Heart of the Roman Cat 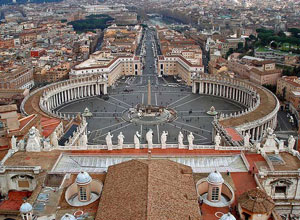 Rome plays host to a very unique geographical situation. It is the only place in the world, where an entire country is contained within the borders of a city of another country. Vatican City, the headquarters of the Roman Catholic faith is located in Rome, in the heart of Italy.

The bishop of Rome is called the Pope, and it is considered its own sovereign country with the Pope acting as the head of state. Vatican City has a population of around 1,000, however when the faithful visit and worship at St. Peter’s square, that number can easily reach over 100,000.

The overwhelming majority of Italians, nearly 88 percent of them in fact, are Catholic. While there are Protestants and Jews in Italy, they are not well represented, and many religions that are accepted here in the U.S. are not officially recognized yet it Italy.

Perhaps one of the most important cultural contributions that Italy has made to the rest of the world is in the realm of art. Great masters such as Leonardo Da Vinci and Bernini gave us iconic works of art such as the Mona Lisa (currently in the Louvre in Paris), the Last Supper, and the Vitruvian Man, which is still used as an anatomical diagram today. Bernini is responsible for much of the beauty seen in Vatican City and Rome.

According to UNESCO, Italy contains more than 70 percent of the world’s 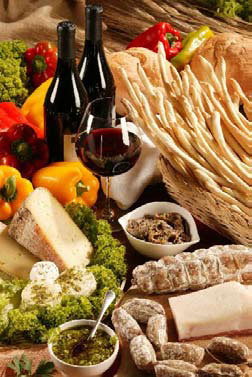 Italy long known as the birthplace of Opera, gives the world such musicians and composers and Luciano Pavarotti, Andrea Bocelli, and Giuseppe Verdi. Indeed, musicians of every genre have Guido d’Arezzo to thank for sheet music. Today, Italy is home to some of the most exquisite opera houses in the world.

And the food in Italy goes much farther than just pizza and pasta. Italy has a diverse gastronomic culture that varies by region, and sometimes even by village. Italians love food, and they love eating. If there was an Olympics of food, Italians would take the gold medal hands down. Italians make eating an all day event of great food, great wine, and great company.

There are rules to eating in Italy, some that westerners might find amusing, and this is in no way an exhaustive list. First, unless you are under six-years-old, it’s considered very bad manners to use a spoon to twirl your pasta on your fork.

Also, don’t ask for extra sauce on your pasta, it gives the cook the idea that you somehow don’t like the way the food was prepared, and will be an insult. Italian cooks would rather hear that you don’t like something ahead of time instead of picking it out later.

Any food left on plates is also taken as an insult to the cook. And last, but not least, children are nearly always catered to, so if the finicky four-year-old at the table wants plain pasta with a little olive oil, that’s exactly what they will get.

Fashion is another v 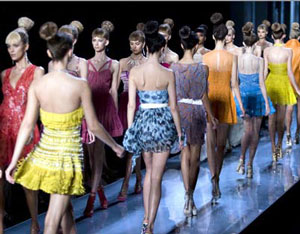 ery important element in Italian society and another medium for the rich artistic culture found throughout the country. Milan is one of the most important fashion meccas in the world, ranking right up there with Paris, New York, and London.

Italy is home to such iconic fashion designers as Armani, Gucci, Prada, Fendi, Ferragamo, and many more. Some of the hottest looks on the red carpet year after year come from Italian designers. Some are mild and some are wild, but they are all extremely talented, and they always lead the fashion world into new directions.

For a country with more than 2,000 years of history, Italy is both a historical treasure and a bustling metropolis. The constant contradictions of the old and new can be seen everywhere, and they make Italy like no other place on earth. So whether you want to learn about the beginnings of art, music, science, religion, or simply shop till you drop, Italy is a great place to do all. CIAO!