American Culture: Our Coat Of Many Colors, Races, Ethnicities 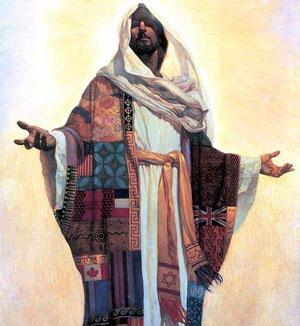 American culture is as varied and unique as Joseph’s coat of many colors from the Bible.

American culture today, is often a difficult thing to nail down.

What is it that makes up the cultural fabric of America? For thousands of years, the land we call America today had a rich Native American culture, with hundreds of tribes spread from one coast to the other. However, the answer to that question today is more complex because unlike many other places, America has no single specific culture. Instead, it has every other culture in the world. America is often described as a coat of many colors; just like Joseph’s coat of many colors in the book of Genesis in the Bible. Unfortunately, like Joseph, a beautiful and richly colored coat that often leaves us the target of envy and jealousy, as well.

America is a country of immigrants.

Beginning as far back as 1565 with the founding of St. Augustine, Florida by the Spanish, people from other lands came to these shores to make a better life for themselves, bringing with them traditions, values, and practices from their native countries.

Massive waves of immigrants began arriving in the early 19th Century. Between 1815 and 1860, more than five million people entered the country. The potato famine sent scores of Irish families to the U.S, followed by the Germans fleeing a failed revolution in their homeland.

Next came Armenian Christians escaping Muslim persecution, and Mexicans fleeing the revolution in their homeland as well. At the same time, our country saw many Jews leave Russia due to anti-Semitism, Chinese looking to find a better way of life after floods, crop failures, and a series of conflicts in their homeland, as well as Italians fleeing natural disasters, and high taxes imposed by their newly unified government. These immigrants often settled in communities with other immigrants from the same country, giving rise to the Little Italy’s and Chinatowns that we know and love today. These are still great places to find authentic ethnic food and merchandise.

As time went on each of these groups became a new thread in the cultural fabric of America, much as a tapestry woven with different color threads to create a pattern or picture. 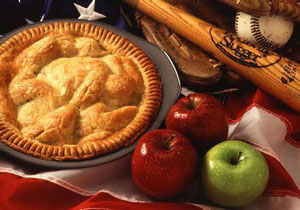 As American As…
So we have all heard the saying “As American as hot dogs and apple pie.”

However, did you know that neither of those things have “American” origins at all? Hot dogs originated from Germany, with the frankfurter, where the rich history of sausage making continues today. Apple pie can trace its origins to Ancient Egypt, with the earliest documentation of pies is on the walls of the tomb of King Ramses II.

Who among us does not love pizza and pasta? Although it is a known fact that pizza comes from Italy, however, pasta actually originated in China. Marco Polo delivered pasta to Italy after he returned home from a visit to China, but the Italians elevated pasta to an art form and brought it with them to America.
Much of the wonderful “soul” food from the South, arrived in America via the slaves brought from Africa, including things like greens of several varieties, okra, and turnips are all staples of African cooking.

And before they were forced to live on reservations, it was the Native Americans who showed the settlers how to use corn to make grits and corn bread.

How Would You Define American Culture?
It seems that there are as many different answers to that question as there are stars in the sky.

“American Culture is, without a doubt, a salad bowl,” says Arash Afshar, an Iranian-American visual artist with the hip-hop group Diego Brown Project. “In my opinion, this is something that happens in America more than anywhere else. People hold onto their traditions and pass them down, but they infuse them with the greater culture as a whole. In many countries, if feels as if you either grip your traditions tight, create your own little sub-culture, or you blend in completely.

“An example is that my Iranian American extended family, all celebrate Thanksgiving, but the food has a Persian twist to it,” Afshar adds. “The stuffing may include cranberries or pomegranate seeds, the potato salad will have chicken mixed into it, and there will be pita bread included along with the rolls.”

Jen Hancock, speaker, author, “The Humanist Approach To Happiness,” and humanist has a different take. “I am not sure that we have one, and we probably have not ever. It all depends on where you live and what you consider your culture to be. So different places in America have
been more or less open depending on the cultural and religious attitudes of the people living there. If I had to choose, I would say that the white, European protestant would be the dominant culture of America for most of our history, though not necessarily the fundamentalist version of Protestantism. So even within that classification, there is a tremendous amount of diversity, as that includes the Humanists/ Enlightenment thinkers, and the fundamentalists.” 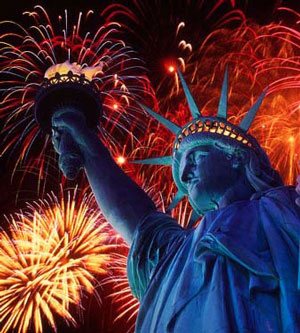 “There is no one right way to be an American and there never has been,” she says. “By and large, I think Americans embrace the differences. Certainly when it comes to food, we LOVE our differences. Less so, with music, and much less so with religion, but food is a good entrée into
different cultures, so if that is where people start, at least it is a start. I think people are so stuck on us vs. them, and on the differences that they forget that learning about new people, and cultures is a reward, in and of itself. Learning about another culture doesn’t mean abandoning your own.”

Leilani Gushiken, an event planner and writer from Los Angeles says “Growing up, I would have defined American Culture as something very stereotypical from the 1950s: Coca-cola, baseball, apple pie, Leave it to Beaver and Donna Reed. It was how I saw all of my friends’ families, and home life.”

She adds, “Now I define American Culture as an amalgamation of all cultures. Our society took some of the best food, fashion, art, and ideas from places far flung, and made it part of everyday life in the US. I love that I can pick up caviar from a Russian market, then walk down the street a few blocks and load up on feta and olives from a Mediterranean market, and it does not matter that I am neither Russian, nor from a Mediterranean country. I do not think it matters where you come from or what your heritage is, our world is now a combination of all the good stuff from everywhere.”

It is worth noting that everyone mentioned food. Perhaps that is where we should begin to find a common ground.

Cultural Traditions: Separate But Equal?
As early as the beginning of the 20th Century, immigrants ventured from their urban neighborhoods into the suburbs, thus spreading their native culture, which is the reason that holiday displays in storefronts and homes are so diverse, and often the subject of great debate, and dissention.

An article published in the October 25, 2007 edition of the St. Louis Post-Dispatch, painted a grim picture of just how misguided, and mean spirited, some people become when it comes to their personal beliefs.

In the article, the writer describes a Chicago school district where, at the request of a Muslim parent, hung crescent moons and stars in observance of Ramadan, the most important of all Muslim holidays. The school also had other traditional holiday decorations including Christmas. The writer tried, and failed, to make the case that the school district had no right to add the Muslim decorations because it was not, “American and that anything other than what he deemed to be “American,” should only be tolerated grudgingly, but not accepted as equal to Christian holidays.

The last sentence in this article said, “The day America’s public institutions become neutral about America’s cultural values and norms, is the day America as most of us love it, will cease to exist.” However, this author disagrees, because the America that most of us love exists because of its diverse values, not because the largest ethnic group in the population bullied the others into submission. Let us keep that in mind during this New Year.