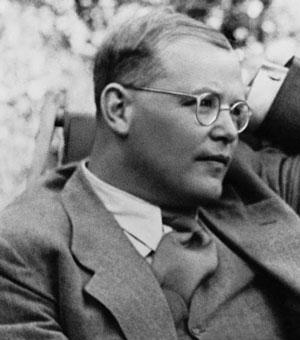 On April 9, 1945, German Lutheran theologian, Dietrich Bonhoeffer, was hanged at Flossenburg concentration camp as an enemy to the Nazi state.

From the beginning of the Nazi rise to power in 1933, Bonhoeffer grasped the evil and anti-Christian ideology of the regime. Not long after his return from Union Theological Seminary in New York City, where his faith was transformed by his experiences at the Abyssinian Baptist Church in Harlem, he became acquainted for the first time with what he called, “the view from below,” the perspective of the oppressed.

Bonheoffer, an Aryan German, experienced the living Christ in Harlem, and the Nazi rise to power horrified him because he saw the deliberately manipulative Nazi tactics that equated German nationalism with Christianity for what they were.

He deplored how many of his fellow Lutherans lined up behind a racist ideology at odds with the gospel, and became the first pastor who publicly protested the regime in a radio address that the Nazi’s stopped in midstream. He saw clearly how the German Lutheran church had become weak and confused. Thus, for the rest of his life, he tended to the problem of fixing the church — even if it meant blowing it up into a “religion-less” form. He pushed forward, because he saw no sense in the church moving back into the false piety that had led it to support genocide.

Bonhoeffer’s progressive religious legacy strongly influenced Third World liberation theologians. However, Bonhoeffer dismayed his niece, Renate Bethge, with the wedding sermon he wrote for her and her husband from Berlin’s Tegel prison in 1943. “[I]t gives offence,” she wrote in a 1995 essay, “because of the serving role that is given to the wife.” While she attempts to treat it as an anomaly, sadly the sermon is a piece with Bonhoeffer’s fiction, which castigates career women — “those emancipated half men …” — and lauds those who devote themselves to tidying, mending, and serving food, calling this, for a female, “a very complete life.”

How could Bonhoeffer, who was so ahead of his times theologically, be so reactionary about women?

Rather than answer this question, most biographers brush past his views of women — despite the important roles women played in his life story. His twin sister, Sabine, a crucial relationship, is often treated as a footnote. Likewise, the complexities and oddities of his courtship with his fiancée, Maria von Wedemeyer, a teenager half his age who could have been a poster child for Nazi womanhood, are whitewashed in favor of a superficial romantic narrative that posits — against the evidence — that the two fell head over heels in love.

While the past dealt lightly with the uncomfortable aspects of a man who died heroically in opposition to Hitler, we do Bonhoeffer and ourselves a disservice if we fail to try to understand him in his full, flawed humanity. 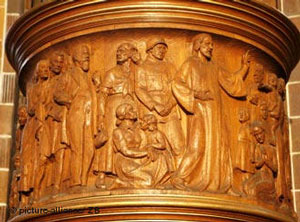 Bonhoeffer could both laud imprisoning women in the home, while fighting to break the Lutheran church out of a prison of false piety not because he was a misogynist, but because of how he perceived German society. He saw from the outset that the German church was diseased from within, a sickness manifested in its rapid capitulation to and collaboration with Nazism. On the other hand, he understood the traditional sphere of home and family — where he unequivocally placed women — as problem free.

Today, analysts such as Alice Miller, would argue that Nazism had its genesis in the diseased nest of the German patriarchal family, in beatings, hierarchy, and authoritarianism — but Bonhoeffer recognized none of this. For him, the patriarchal family was a pristine bubble, reflecting as clearly as possible in a fallen world, the image of God’s order on earth.

As he explains most fully in the Ethics, Nazism attacks the sanctity of the family, which to Bonhoeffer was the patriarchal Victorian family. Thus, he fully embraced a social vision that encompassed both a progressive church and female subordination.

Why does any of this matter? First, distorted portraits of our heroes rob of us of the opportunity of learning as fully as we can from them.

We become discouraged because their perfections can make them seem inaccessible, as well as make their accomplishments unattainable.

Further, when over time, we call their reputations into question, we become so disillusioned that we perhaps lose the lessons they offer.

Finally, and most importantly, when we understand that all men and women have blind spots produced by their histories, cultures, and social locations, we become more sensitive to potential blind spots in our own times, and in ourselves. In addition, especially in these times, when distorted nostalgia for what family was, or what “America” should be, threatens to poison the political discourse, even the best of us would do well to take a hard look at the institutions we idealize.