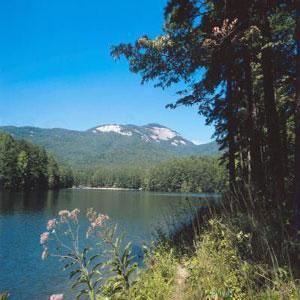 The Appalachian Mountains, home too many for the past two centuries. Photo Credit: ehow.com

Perhaps no group of people has a higher list of stereotypes than those who call the Appalachian Mountains home. When many people think of the Appalachian Mountain people, what normally comes to mind is Snuffy Smith smoking a corncob pipe, wearing overalls, and being lazy. Many of the stereotypes that people think of today originate from a single publication called "A Strange Land and Peculiar People," published in 1873.

Mountain people trace their roots to the Scottish people to whom England’s King James I gave Irish lands in an effort to allow two of England's biggest enemies to eliminate each other. Otherwise known as the Ulster Irish, named after the area of Ireland they received, or Scots-Irish.

Faced with continued hardship in Ulster, theScots-Irish people began a mass migration to the colonies between 1720 and 1775. Unfortunately, proper colonial society regarded the Scots-Irish as an ignorant horde and shunned. So the Scots-Irish people headed west until they found a place that closely resembled the mountainous lands from which they came, the Appalachian Mountains.

Appalachian Mountain culture is often called "clannish" and indeed, it is, reflecting the clan structure that exists to this day in rural Scotland and Ireland. And created a society extremely difficult to penetrate by outsiders, including law enforcement. When outsiders begin asking questions, mountain people close ranks and protect their own.

Mountain people have their own dialect of English, and while it may seem unsophisticated, it is actually closer to its origins than the dialect most speak today. Within this unique dialect, each village or town has its own syntax, understandable to each other, but not outsiders. 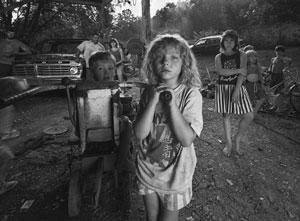 Until the Civil War, those in Appalachia enjoyed a largely self-reliant existence. They depended on farming to support their large families until fencing laws prevented them from grazing livestock on public lands. At the same time, railroads and coalmines invaded Appalachia, forcing many mountain people to abandon farming and go to work for the railroad or coal mines to feed their families. To this day, most still have some connection to the mines.

Unfortunately, coalmines were dangerous places to work at the time and mine owners took advantage of the people they employed. This is what led to the "Battle of Blair Mountain" in West Virginia. Union organizers and miners fought back against the mining companies, and it also created the term "redneck" because union miners tied red bandanas around their necks to identify themselves. To this day, the term "redneck" is one often met with pride among mountain people, however, others like "hillbilly" or "hick" are not.

The people of Appalachia are an ingenious group of people, because of their long-term isolation they created everything they needed to survive from homes and barns to farming tools. To this day, some of the best mechanics, builders, and inventors live in Appalachia.

The economy of the Appalachian people is a study in poverty. A large number of the families live on as little as $5,000 per year. Bartering for goods and services is a common practice in Appalachia, and high unemployment is an issue in the area, so many resort to day labor just to feed their families. 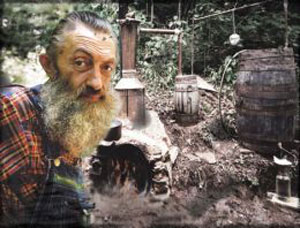 While one of the most common stereotypes of the Appalachian people is that of the moonshiner, and it is true that many mountain families do support their families with the production and sale of homemade alcohol that is untaxed and illegal. A fiercely independent group, mountain people see this as one more way for the government to exert control over their lives.

Faith is paramount to mountain people with more than 80 different varieties of Baptist and Pentecostal faiths found in Appalachia. If a particular group becomes dissatisfied with their church, they simply move down the road and begin a new one. It isn't uncommon to see churches in old barns, homes, or even abandoned train cars.

A unique church, found only in Appalachia is the snake handling church, also called signs followers. They believe their faith allows them to handle venomous snakes and drink poison unharmed. Snake handling is actually illegal in every state except West Virginia, but many continue to do it anyway.

Gospel music, along with bluegrass and other types of "mountain music" are a popular form of entertainment as well as an integral part of worship. The music has its roots in the Celtic music of Scotland and Ireland.

one should not have to pay for interesting articles such as this. I am writing a paper on Appalachian Culture, whether it is a myth or reality on what is said both past and present.
this article I would have been able to quote from and use in my paper but I do not have the money to buy this. this makes me sad and you and your site lose out on some recognition.
marie