Cashing In On Your Culture 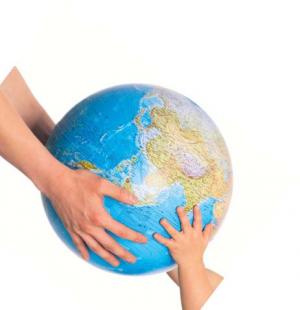 The world is often much smaller than it appears

A group of students sit in a summer camp class, eyes intent on Chinese teacher, Anthony Chung. Parents sit several feet away, eyes intent on their children. Chung speaks a phrase in Chinese, and in unison the students perform a task.

This sequence repeats until some execute and some don’t. Chung breaks his Chinese with laughter, “You are out!” Parents laugh too, realizing the game is “Simon Says.” “It helps being able to share your culture with people here, and the people around me so appreciate the value of different cultures,” Chung says. “When you are in that environment, you really enjoy it.” This Taiwan native is one of numerous professionals profiting from the richness of his own heritage. Many have discovered that a skill-set birthed from one’s own culture can build a sustainable business in the U.S.

According to an industry survey, immigrants far outpaced native-born Americans in entrepreneurial activity between 2006 and 2007, by rising from 0.37 percent to 0.46 percent. Though not all immigrants start cultural ventures, the study showed they are substantially more likely (0.27 percent) to start businesses than are native-born Americans.

The situation is ideal when professionals can merge an innate attribute with good economics to supply the increasingly multifarious demands of consumers who want to engage in ethnically diverse activities. Parents are one target market for many ethnic-centered businesses, especially those relating to education. The parents of Chung’s foreign language students learned about Chinese summer camp through an Atlanta public charter school where he is a teacher. The school aims to serve students from various socioeconomic levels. Consequently, Chung is able to attract a diverse group to his camp.

“Parents are so eager to want you to teach their children about a different culture, perspective, and language,” Chung says. “They want their children to be very successful in the future. Business persons have to travel all around the world and if you can speak fluent Chinese, this is so important.”

Chung says preparation, experience, and practicing different methods are key to him and his consumers’ (students’) success. “I spoke fluent Chinese and English. I was a teacher. I went to a good school. I applied my previous work experience and combined all this theory and practice together,” he says. “I keep students engaged. I’m always trying to make something funny and silly and you can always pull their attention. And it’s during that process that you teach them something. This is my goal. Their eyes are wide open, they are eager to learn. Teaching is not a routine. It’s an interaction.” A Senegalese musician and storyteller, Guelel Kumba’s performances are targeted to mixed-age audiences and focus on the racial groups of West African music and culture.

“I’m from a family of — the word is maabo — that is someone who is a singer, musician, historian, and genealogist, traditionally, for that society.” Although his father didn’t follow the tradition, Kumba, returned to the tradition while studying sociology in Paris. Now performing in the U.S., he says he finds people who want to learn about African culture. “People know little about their history. Written African history mostly starts with slavery or colonization. A lot of people don’t accept that African history starts with the human being. People like the traditional style and the power of the words. Musicians can reach a bigger audience than even scholars.”

Just as Kumba found his niche with African music, Atlanta restaurateur, Nicola Ayoub, discovered a culinary need in his community. Ayoub’s road to entrepreneurship was lengthy. Born in the mountain city of Zahle, Ayoub immigrated to the U.S. in 1970.

He took English as a Second Language (ESL) courses at Georgia State University. After mastering the language, Ayoub earned a bachelor’s degree in education and accepted a night manager’s position at a local “mini-school.” When the school was sold to real estate developers, he took a job as a waiter at the Midnight Sun Restaurant. He later owned a cookie concession stand at Sears before opening his own Lebanese restaurant in Atlanta.

“My involvement in the business world was very pleasant and after five years I was ready to go out on my own,” says Ayoub. “There was no Lebanese restaurant over here, so we opened one. It’s a new experience for the customer with the food because it’s very specialized food.”

Ayoub agrees that business owners must give consumers a great experience. He notes that when fusing ethnic interest with enterprise, general business principles still apply. These include education, choosing a specialized product and having experience in that field of business.

“My philosophy was, is, and always will be to have a good product that is reasonably priced and offer it with a smile,” he says. “I have always enjoyed music and dancing, eating and resting, singing and art — all the finer things that life and nature can offer. There are not enough words to describe how happily I am living out my life. I have the most vivid and beautiful memories of my friends, relatives, customers and loved ones.”