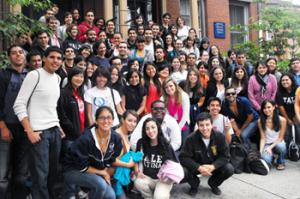 A new generation of U.S.-born Hispanics is entering the U.S. workforce, according to a new report from the Pew Research Center. Photo Credit: yaleclubofhouston.org

Latino immigrants hold fewer jobs than Latinos born in the United States for the first time in more than two decades. This change is happening because it is now harder for immigrants to enter and find jobs in the U.S., and because a new generation of U.S.-born Hispanics is entering the U.S. workforce, according to a new report from the Pew Research Center.

This information comes as politicians are focusing more and more on immigration and job recovery as the midterm elections for Congress and state offices are coming this fall. As the nation's largest ethnic or racial minority, Hispanic voters are an important voting bloc for both parties, making up 17 percent of the nation's population and 15 percent of the labor force in 2011, according to the U.S. Census Bureau and the Labor Department.

The number of foreign-born Hispanics holding jobs in the United States - legal and illegal - dipped below 50 percent of Hispanics with jobs last year for the first time since 1995, coming in at 49.7 percent of the more than 22 million employed Latinos in the fourth quarter of the year. 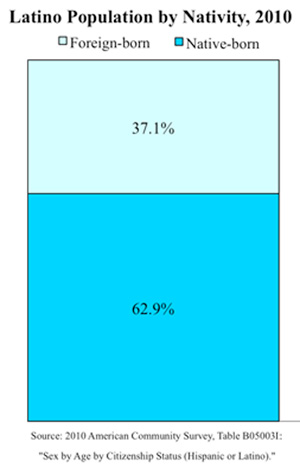 Back in 1995 - one year after the then-Immigration and Naturalization Service first estimated the unauthorized immigrant population in the United States - foreign-born Hispanics held 50.5 percent of the jobs held by Hispanics in the United States. It peaked at 56.1 percent in 2007 before rapidly dropping down to the current figures as the country fell into recession, according to Rakesh Kochhar, associate director of research for the center's Hispanic Trends Project.

Kochhar said a sneak peek at the employment numbers showed the share of foreign-born Hispanic workers holding jobs among all Hispanics with jobs dropping again in the first quarter of 2014.

"In fact, the employment of immigrant Latinos has been at a standstill for at least two years now," he said.