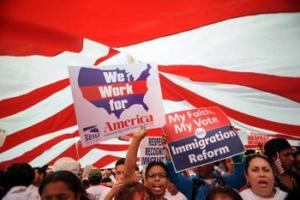 With little enforcement, many farmers feel little pressure to use the H-2A system and opt for illegal workers. However, they risk criminal enforcement or civil fines. Photo Credit: examiner.com

Broader enforcement of the H-2A guest worker program could reduce illegal immigrants coming into the county, and could be an interim solution since the U. S. Congress cannot seem to pass immigration reform. Farmers in a few states have elected to use it to avoid breaking the law by using illegal migrant workers, while others are considering it, and still others are avoiding it.

The North Carolina Growers Association is the largest single user of what's commonly called the H-2A guest worker program, which allows farmers to hire foreign workers for up to 10 months annually. It secured permission to bring nearly 8,700 workers into the country during the year ending on Sept. 30, 2012, according to statistics compiled by the U.S. Department of Labor.

Farmers and agriculture regulators elsewhere in the country have occasionally debated duplicating the North Carolina model, particularly as state governments have cracked down on people working in the country illegally. After Georgia farmers complained that a new state law was scaring away laborers, the Georgia Department of Agriculture considered whether to create a similar system locally.

However, even its supporters describe the model as the best of several expensive options. 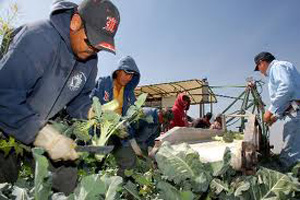 "In most parts of the country, farmers are still figuring a way to eke by," said Lee Wicker, deputy director of the North Carolina Growers Association. "And when they can't, they look at the H-2A program. I'm famous for telling farmers ... if you've got any other way to harvest your crops, H-2A should be your last resort. It's cumbersome, it's expensive."

The immigration debate puts farmers in a political and economic predicament. Those who grow labor-intensive crops rely on short-term workers to plant and harvest, often employing migrant laborers from Mexico and Central America who are in the United States illegally. Growers say U.S. workers will not take the jobs at existing wages.

Farmers can raise wages, but they have little control over the price of their crops; Paying workers more can mean the difference between a farmer's profit and a loss. With little enforcement, many farmers feel little pressure to use the H-2A system and opt for illegal workers. However, they risk criminal enforcement or civil fines.

Those using the H-2A program in North Carolina frequently say they do not want any legal hassles over their employees. Equally important, using the program guarantees that workers will be available when and where a farmer needs them. Paul Smith, who grows Christmas trees, has employed H-2A workers during the peak of his winter season.

"They come back each year," Smith said. "They learn the jobs and they know everything, so you have a very dependable labor force." 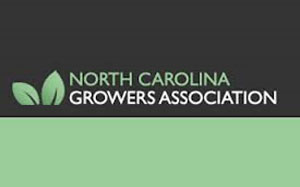 It's not cheap. The North Carolina Growers Association charges farmers a $1,000 fee per worker. In return, it handles the necessary paperwork, arranges travel from Latin America and provides mandatory training for workers before they start working in the United States. The association has farmers jointly apply for workers so the laborers can rotate between multiple farms. That's an advantage since businesses that are too small to afford the upfront costs of an H-2A worker by themselves find it more affordable when the costs are spread around.

The laborers who work for North Carolina's Growers Association are represented by the AFL-CIO. While the union does not bargain for their federally set wages, it can bargain over other working conditions, make sure workers are repaid for transportation expenses and resolve disputes.

Justin Flores, vice president of the Farm Labor Organizing Committee, said non-unionized workers are less likely to complain when they are not properly compensated.

"Your presence in the country depends on you having a job with one employer," he said. "That can be a big intimidation factor, whether or not the grower wants it."