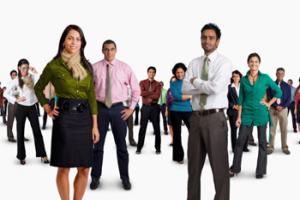 Mainstream Media’s attempts to reach the 55 million Latinos living in the United States are proving to be a challenge. Photo Credit: network.hispanicpro.com

Reaching the United States' 55 million Latinos has become gospel for mainstream media giants, but capturing this fast-growing, mostly U.S.-born audience is proving tricky to networks and websites. For every success story there is a flop.

Take CNN's latest attempt at a Spanish-language broadcast targeting U.S Latinos. The broadcaster is no newcomer to the Spanish-speaking world, for decades reaching Latin America with CNN en Espanol. But the company said it axed its CNN Latino domestic Spanish-language service after one year because it failed "to fulfill our business expectations."

NBC's attempt at a website called NBC Latino folded in January after 16 months, despite producing thousands of original stories. Even the much-heralded Fusion – a joint venture of Univision and ABC – is still experiencing growing pains, shedding several programs in its first year and restructuring its nightly news show from five days a week to one.

One challenge: Many in the audience today are second- and third-generation Latinos, and often they eschew a Latino-only box, even as they crave more stories that include them.

"I don't want to be force-fed all this Latin stuff," explained 36-year-old Alain Amejeira, an air conditioning technician in South Florida whose parents came from Cuba. "I'm Alain. I'm not Alain the Cuban guy who needs only Cuban news."

MSNBC Executive Producer Chris Pena saw the challenges firsthand in guiding NBC Latino. From the start, he said, there was debate whether to create a stand-alone site for English-speaking Latinos.

"The idea was to provide Latinos with other types of coverage, aspirational stories that reflected the ideals of immigrants," Pena said, adding some of the original stories produced there ended up on the main NBC news website. "If NBC Latino had not been out there reporting on some of those stories, they probably would not have been reported."

NBC has since rolled its Latino content into a page within its broader revamped news site, albeit with fewer reporters but wider distribution. 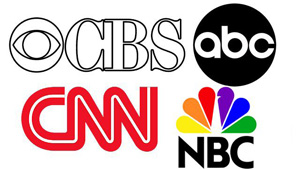 Then there's the long-running NPR program Latino USA, in its 20th year. It expanded to an hour-long magazine last year after host Maria Hinojosa decided to produce the show independently.

In recent months, the popular website Buzzfeed also has noticeably upped the caliber and number of its Hispanic-related stories. "There's more to come. We're still trying to figure it out," Buzzfeed's Adrian Carrasquillo said.

The Washington, D.C.-based Latinum Network marketing group puts Hispanic buying power at upward of $1.2 trillion annually, based on U.S. Census and Commerce Department statistics. That complex market is only growing.

This week, more than 1,200 journalists, bloggers, filmmakers and marketers met up in Miami for the fifth annual "Hispanicize" event, focusing on just how to reach this demographic. Five years ago, the conference drew a few hundred people. There, Google announced Wednesday it will soon unveil a new domain, .soy (.I am), targeting bilingual, cultural Latinos.

And next month in Miami Beach, Rupert Murdoch, executive chairman of News Corp. and the founder of Fox News, will address the Association of Hispanic Advertising Agencies on his conglomerate's strategy to reach Hispanics. 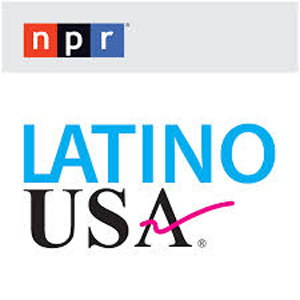 But American audiences are more fragmented than ever, meaning when it comes to Latinos, media companies and their advertisers are often pursuing a slice of a market slice.

Millennials – adults in their mid-30s and younger – and even Gen Xers – those between about 35 and 50 – are finding content differently, favoring mobile devices over TVs or desktop computers. That's especially true in the Latino market where the average age is 27, compared with 42 for non-Latino white Americans.

Hareth Andrade, a 20-year-old immigration advocate raised in Virginia, said she likes finding focused content in one place but not just for Hispanics. "I'd be interested in maybe more not just about Latinos but about other minority groups," the Bolivian native said.

Embracing that multicultural approach, Fusion pivoted before its October launch from targeting Hispanics to targeting Hispanic millennials and their friends, playing with formats for younger and more mobile audiences.

"This is a generation that doesn't go to TV to get breaking news," CEO Isaac Lee said, noting a recent decision to turn veteran anchor Jorge Ramos' nightly news program into a longer-form magazine. "We have to experiment."

Fusion's latest program "Wisdom" includes just that from older Latino luminaries and is produced in two-minute mini-documentaries for social media sites, longer pieces for Fusion's own website, and half-hour segments for broadcast.

"We don't sit here and intentionally say, 'Well, we have a Mexican piece, a Dominican piece.' But we are spanning the conversation for people my age, and people who are younger," she said. "We're not only doing journalism, we're also doing storytelling."